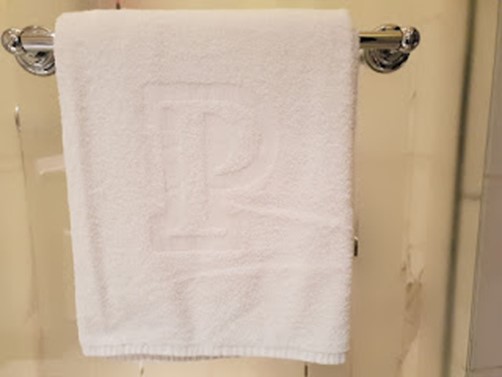 Back at the hotel, safe and sound, I spent an hour in the shower washing away the grime and smell of the last few days in captivity.

Time, too, for some thought.

I knew the kidnapping wasn't part of Suzanne's fun weekend and had to wonder what it was she had in store for Madeleine and I.

Was she playing matchmaker, or was she trying to find out if she would be jealous if I was seeing another woman?  To be honest, I just didn't understand her, but then, she had too much money and too much free time on her hands, a recipe, sometimes, for disaster.

It was the main reason why our father expected us to work for a living and understand the value of money.  We had been brought to believe we would never get handouts, and if we wanted to inherit anything we would have to prove our worthiness.

That's why I couldn't understand why my father was so keen for me to court Suzanne. To my mind, Madeleine was so much more a good fit, and we got along together reasonably well.

I was not sure where the last few days had left us.

As for Suzanne mentioning a rat, my mind had filled in enough dots to come to the conclusion Perry had staged the whole kidnap in order to get money from his father, whether it was to pay for gambling debts or just to escape his father, who, by this time, was at the end of his tether with the errant son.

Neither had made an effort to settle their differences over the last year, and they had both left Madeleine to pick up the pieces.  It was a bridge too far, as she lacked age and experience to sort the problems between them out.  They needed a far more experienced specialist, and, when we got back, I was going to do something about it.

I think, too, I had finally reached the conclusion that I cared a great deal more about her than I wanted to admit, to her and to myself.  Jumping in the car when she was kidnapped, that was foolish, but at that moment I wanted to protect her if I could, and though I tried to use the excuse anyone would have done it given the opportunity, I realise that no one would, not unless they had an ulterior motive.

It was a sorry state to be in, having no faith in your fellow man.

As soon as I was dressed, and having a mini bar scotch, there was a light rapping on the door.

I peered through the peephole.

Madeleine was looking very elegant, but then she was a girl who could look elegant in a Hessian sack.

I opened the door and ushered her in.  By the time I'd closed the door, she had flopped into one of the leather chairs.  The colour in her face restored, along with some very expensive make-up, she was back to her old self.

Well, on the outside.

Interesting first line.  Had I been hoping she would ask how I was?

"I think we established that 10 years ago when he cut your hair when you were asleep."

Perry was not the nicest of brothers when she was younger and held the limelight.  Sibling jealousy could be horrible.  Fortunately, I'd been spared all that, I was neither the favoured nor the brightest.

"You know he staged all that, just to get money.  Dad said all he had to do was ask."

"Perhaps there was another reason why he wanted the money."

"To escape the iron fist?"

Maybe great minds think alike.  If she had reached the same conclusion, that just might be a sign, albeit a scary one.

"I don't think we were in any danger, but it does give you pause for thought on what could have happened.  You need to be more careful."

"I was with you.  Which does bring up the question, why did you put yourself at risk?"

"I wasn't going to leave you on your own, not that I could have done much if there were more than two thugs."

"Brave but stupid then?"

"I guess love does that to a person."

Oops, speaking before thinking.  It was the truth, but a little too honest given the situation.

She smiled, one of those all-knowing smiles.  "Suzanne said you liked me."

"Suzanne has lots of opinions, some of which make sense, others that don't.  You do realise her plan was to put us together."

"Not at first.  But when you jumped in the kidnapper’s car, it sort of made sense.  Now, I guess she was right."

She stood, came over to me, put her arms around my neck and looked me straight in the eye.

"Good thing then, that I love you too.  Oh, and I hope you don't mind, Suzanne wants to plan the wedding.  Now, kiss me before I change my mind."