Showing posts from March, 2021
Show All

"What Sets Us Apart", A mystery with a twist 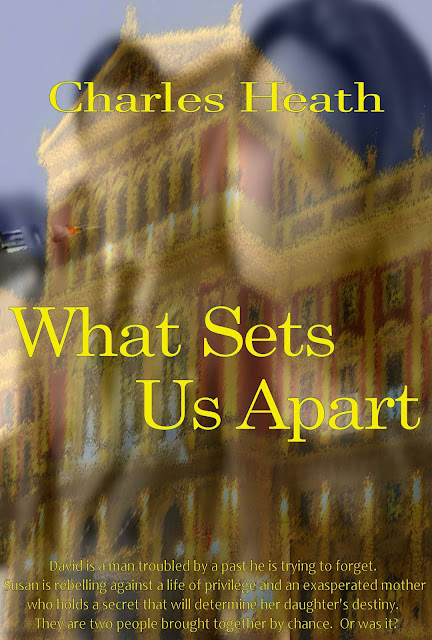 http://amzn.to/2Eryfth David is a man troubled by a past he is trying to forget. Susan is rebelling against a life of privilege and an exasperated mother who holds a secret that will determine her daughter's destiny. They are two people brought together by chance. Or was it? When Susan discovers her mother's secret, she goes in search of the truth that has been hidden from her since the day she was born. When David realizes her absence is more than the usual cooling-off after another heated argument, he finds himself being slowly drawn back into his former world of deceit and lies. Then, back with his former employers, David quickly discovers nothing is what it seems as he embarks on a dangerous mission to find Susan before he loses her forever.
Post a Comment
Read more 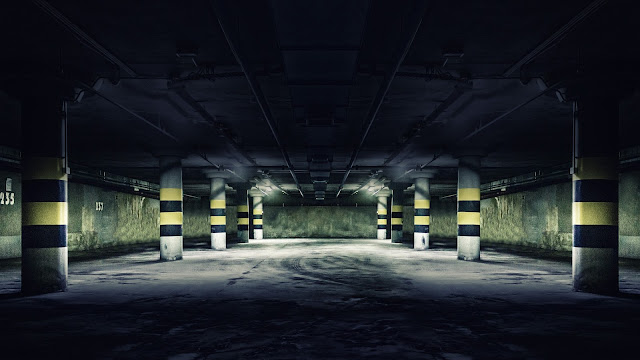 A picture paints ... well, as many words as you like.  For instance: And, then, the words: I was left alone sitting in front of the bank of monitors that showed the room with Angelina, the room with Gabrielle and Fabio, a standoff brewing, the passage outside the room where two men were waiting, and a series of passageways, and other rooms that were empty. The Hollywood team were away in their own area monitoring events and working on scenarios and props.  Their number included two scriptwriters who were working on scenarios of what he might do next as if they were writing a thriller novel. My money was on escape. There was no value in staying, or in choosing either one woman or the other because men like Fabio only think of themselves when it comes to the crunch. If Amy told him he could leave, but not take either of the women, he’d take it. Ten minutes passed, then Amy arrived outside the door to Gabrielle’s room.  She had one of the men pound on the door, then yell out his time was
Post a Comment
Read more

An excerpt from "One Last Look"

This is currently available at Amazon here :  http://amzn.to/2CqUBcz   I’d read about out of body experiences, and like everyone else, I thought it was nonsense.  Some people claimed to see themselves in the operating theatre, medical staff frantically trying to revive them, and being surrounded by white light. I was definitely looking down, but it wasn’t me I was looking at. It was two children, a boy and a girl, with their parents, in a park. The boy was Alan.  He was about six or seven.  The girl was Louise, and she was five years old.  She had long red hair and looked the image of her mother. I remember it now, it was Louise’s birthday and we went down to Bournemouth to visit our Grandmother, and it was the last time we were all together as a family. We were flying homemade kites our father had made for us, and after we lay there looking up at the sky, making animals out of the clouds.  I saw an elephant, Louise saw a giraffe. We were so happy then. Before the tragedy.
Post a Comment
Read more

I've always wanted to go on a Treasure Hunt - Part 51

- March 21, 2021
Here’s the thing... Every time I close my eyes, I see something different. I’d like to think the cinema of my dreams is playing a double feature but it’s a bit like a comedy cartoon night on Fox. But these dreams are nothing to laugh about. Once again there's a new installment of an old feature, and we’re back on the treasure hunt. We took her car.  It wasn’t a limousine of the sort I’d seen the other Cossatino’s driving around in, but a shabby old compact that had seen better days.  Perhaps it was selected for its camouflage qualities, it fitted in with a lot of other old cars that the general population drove. No one in this town could afford any better.  Not unless you were a Cossatino or a Benderby.  Alex, for instance, had been given a Porsche on his 18th birthday.  By comparison, I was given a new, but second hand, bicycle. She had parked in a back street some distance from the hotel, and the several times I checked, we were not being followed.  She had noticed me looking ove
Post a Comment
Read more 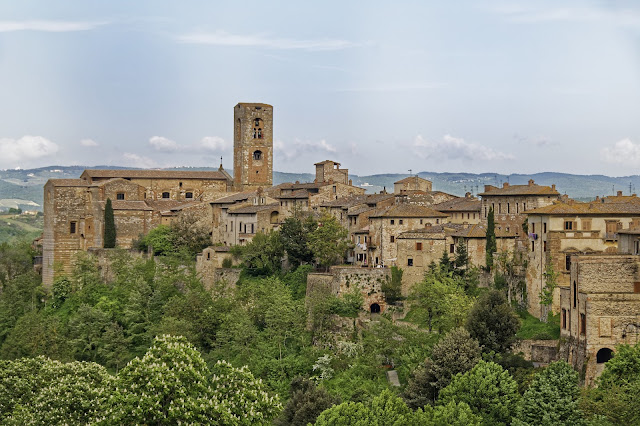 A picture paints ... well, as many words as you like.  For instance: And, then, the words: Kyle was not sure what Janine had expected of him or what she hoped to accomplish. Why hadn't she simply contacted Daniel direct? If she could get Kyle's email address, surely she could get Daniel's phone number, unless Daniel had replaced his existing phone with a burner. Now that he thought about it, Daniel's call to tell him he was coming to see him was from 'No caller ID', clearly an indication he had no intention of talking to her. Now that she was here in London, perhaps it was time to tell Daniel. The last thing he wanted was for Daniel to think his brother was also not telling him the truth, especially if she did have a way of contacting him. He pulled out his phone and called. "Where are you?" When Daniel answered, it didn't sound like he was at home. "I went for a walk, and now I'm sitting in a small park. It's the weirdest thing."
Post a Comment
Read more

- March 10, 2021
I'm back home and this story has been sitting on the back burner for a few months, waiting for some more to be written. The trouble is, there are also other stories to write, and I'm not very good at prioritizing. But, here we are, a few minutes opened up and it didn't take long to get back into the groove. Chasing leads, maybe A second later the light came on and I was temporarily blinded. The woman had to be on the other side of the door, and coming into the room, I must have passed her.  Her voice sounded quite old, so it must be the mother. “Turn around, slowly. I did.  By that time my eyes had readjusted, and I could see a woman, still dressed, with what looked to be an Enfield WW1 rifle.  Just as dangerous now as it was then, particularly at this close range. “Mrs Quigley, I presume,” I asked.  Remain polite and conversational and keep her from getting nervous. “Who are you?” “Sam Jackson.” “Is that your real name?” “Why would you presume to think it wasn’t?” “You’re
Post a Comment
Read more

An excerpt from "Echoes from the Past"

Available on Amazon Kindle here:  https://amzn.to/2CYKxu4   With my attention elsewhere, I walked into a man who was hurrying in the opposite direction.  He was a big man with a scar running down the left side of his face from eye socket to mouth, and who was also wearing a black shirt with a red tie. That was all I remembered as my heart almost stopped. He apologized as he stepped to one side, the same way I stepped, as I also muttered an apology. I kept my eyes down.  He was not the sort of man I wanted to recognize later in a lineup.  I stepped to the other side and so did he.  It was one of those situations.  Finally getting out of sync, he kept going in his direction, and I towards the bus, which was now pulling away from the curb. Getting my breath back, I just stood riveted to the spot watching it join the traffic.  I looked back over my shoulder, but the man I'd run into had gone.  I shrugged and looked at my watch.  It would be a few minutes before the next bus arri
Post a Comment
Read more

An excerpt from "Sunday In New York"

Now available on Amazon at:  https://amzn.to/2H7ALs8   Williams’ Restaurant, East 65 th Street, New York, Saturday, 8:00 p.m.  We met the Blaine’s at Williams’, a rather upmarket restaurant that the Blaine’s frequently visited, and had recommended. Of course, during the taxi ride there, Alison reminded me that with my new job, we would be able to go to many more places like Williams’.  It was, at worst, more emotional blackmail, because as far as Alison was concerned, we were well on our way to posh restaurants, the Trump Tower Apartments, and the trappings of the ‘executive set’. It would be a miracle if I didn’t strangle Elaine before the night was over.  It was she who had filled Alison’s head with all this stuff and nonsense. Aside from the half frown half-smile, Alison was looking stunning.  It was months since she had last dressed up, and she was especially wearing the dress I’d bought her for our 5 th anniversary that cost a month’s salary.  On her, it was worth it, and
Post a Comment
Read more

I've always wanted to go on a Treasure Hunt - Part 50

- March 03, 2021
Here’s the thing... Every time I close my eyes, I see something different. I’d like to think the cinema of my dreams is playing a double feature but it’s a bit like a comedy cartoon night on Fox. But these dreams are nothing to laugh about. Once again there's a new installment of an old feature, and we’re back on the treasure hunt. The afternoon and evening passed quickly, once again I found myself having to sift through a pile of outstanding orders that had finished up in the too hard basket for my morning shift counterpart. There was no use complaining because it would fall on deaf ears and going over Alex’s head would only bring a pile of unwanted scorn on my head.  At least it kept me busy, so the time passed quickly. And in the midst of rummaging around at the back of the shelving in an older part of the warehouse, I’d unearthed an old laptop computer that was probably running a very old version of Windows, or perhaps not even that.  It would keep until my next shift, so I bur
Post a Comment
Read more