Showing posts from October, 2018
Show All

- October 31, 2018
I am still in the process of rewriting the story, I think the shopkeeper needs a little more fleshing out as a character, not as a man who is bad, but a man who has been forced into a position where he had to do what he's doing just to stay alive. So he's basically unchanged but with more detail. The rewrite: Alphonse, the shopkeeper, had stayed too long missing his opportunity to sell up and retire.  By the time he had been ready to call it a day, his wife had got sick with cancer and it had taken all their retirement funds to keep her alive for another six months when despite the doctors best efforts, she died. There was nothing left, and unable to find a buyer for the business he could not just close the door and leave.  There were complications. Like right now. The sideline he'd basically forced his way into was always going to come back and bit him.  Selling a little weed on the side to the upper classes forced to downsize after the global meltdown had
Post a Comment
Read more 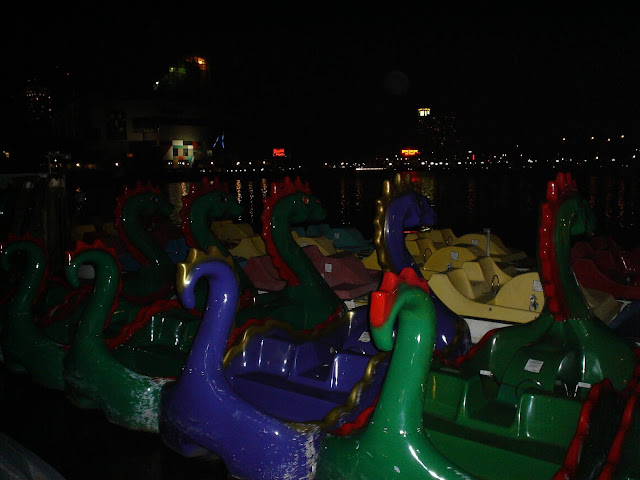 A picture paints ... well, as many words as you like.  For instance: And, then, the words: It was like something out of a horror movie. Waking up, in the dark, and freezing, in a swan. And having no recollection of anything from the moment I left the office till the moment I woke up. My head hurt.  My throat was dry, and I felt very ill. I slowly managed to get myself into a sitting position and looked around.  More swans, plastic or fiberglass, swans, and the sound of water slapping against the sides of the boat like creatures. My first thought on waking, they were real, and I was caught up in a nightmare. Till I realized I was not home in bed. Not in Brooklyn, but Baltimore. "I think, sir, you might have some explaining to do." I turned back towards shore and saw two police officers looking at me. Someone did.
Post a Comment
Read more

- October 29, 2018
What if we make a slight change to the plot, how would this affect the outcome? Like any writer when given time to reconsider the possibilities during that time between the first draft and the first re-write. For a variation, I have decided to create a connection between Jack and the girl.  It is only a slight connection, they live in the same apartment block and have met once or twice in the elevator or on the stairs. Introducing a degree of familiarity changes the dynamic. The rewrite: Another long day, another argument, always the same one, when were they going to move to a more 'desirable' neighborhood? OK, the neighborhood was a little more downmarket than they expected, and the landlord could do more to make the apartments more livable, but it was as much as they could afford in the inner city area. But Chelsea kept arguing for the fact their lives would be better and she would feel safer if they moved to New Jersey.  It would mean being much closer to her
Post a Comment
Read more 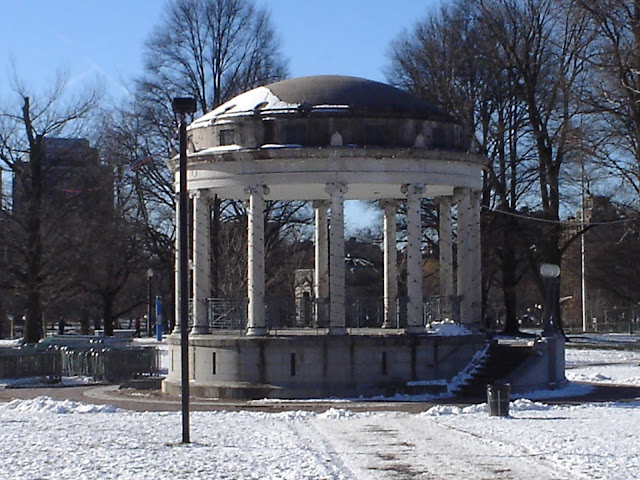 A picture paints ... well, as many words as you like.  For instance: And, then, the words: I don't know what I was thinking. Office romances never fared well, not in the company I worked for, and only just last week one of the sales executives had to resign when his relationship with one of the Management team's personal assistants broke up badly. At least I'd not asked one of the personal assistants out, knowing they were way above my pay grade, just one of the stock clerks, a charming girl who had a sense of humor, and one I kept running into. Not deliberately, I swear.  It was just coincidental.  Part of my job was to keep going back and forth to the stock room. I asked her if she would like to have lunch at the Union Oyster House and she said yes.  We agreed to meet at the Parkman Bandstand at 12 noon. I arrived there at 5 to 12, trying to not look like I was over eager, but feeling exactly that.  I had sweaty palms, a sure sign of nervousness.
Post a Comment
Read more

- October 27, 2018
I have reworked the next part of the story, though this part needed fewer changes than the first. This is the new third section: It had been another long day at the office for Officer Margaret O'Donnell, or, out in the streets, coping with people who either didn't know or didn't care about the law. People who couldn't cross the road where there were crossings and lights to protect them, silly girls shoplifting on a dare, and boys who thought they were men and could walk on water. The one they scraped of the road would never get to grow up, and his mother, well, she was not doing another call on a family to give them bad news for a while.  Someone else could deal with the problem next time. That was her day. So far. At the end of the day, she was glad to be getting home, putting her feet up, and forgetting about everything until the next morning when it would start all over again. Coming around that last corner, the home stretch she called it, she was
Post a Comment
Read more

"At the end of the road" - a short story

- October 27, 2018
From the days of wandering the remote country towns of New South Wales in Australia. At the end of the road The man who had said that we would never make the distance was right. It had been my idea to go 'troppo', forsake everything, hop on a motorbike and go around Australia.  I was, at that stage fed up with everything and, catching Harry in one of his low spots, he decided there and then he would join me. For the first few days, we believed we were stark staring mad and talked about calling it quits, but perseverance made all the difference.  After two months we were glad we had the resolve to keep going, and in that time we had managed to see more of the Australian countryside than we’d seen all our lives. That was until this particular morning when we arrived in Berrigum, what could have been called a one-horse town.  It consisted of one hotel, one general store (that sold everything from toothpicks to petrol) and an agricultural machinery depot.  It also had
Post a Comment
Read more

- October 27, 2018
The story fleshed out for the second section.  This gives a little more on Annalisa and the shopkeeper, but I don't think I'm finished with either of them yet. Annalisa looked at the two men facing her, a shopkeeper who, despite his protestations, was a dealer, and the other man, a customer scared shitless. The poor bastard was not the only one scared.  It was meant to be simple, arrive at the shop just before closing, force the shopkeeper to hand over the shit, and leave. What had happened? The shopkeeper laughed at them and told them to get out.  Jerry started ranting and waving the gun around, then all of a sudden collapsed.  There was a race for the gun which spilled out of Jerry's hand, and she won.  No more arguments, the shopkeeper was getting the stuff when the customer burst into the shop. This was worse than any bad hair day, or getting out of the wrong side of bed day, this was, she was convinced, the last day of her life. Her mother said she wo
Post a Comment
Read more

- October 25, 2018
I have reworked the first part of the story with a few new elements about the characters and changed a few of the details of how the characters finish up in the shop before the policewoman makes her entrance. This is the new first section: Jack was staring down the barrel of a gun. He had gone down to the corner shop to get a pack of cigarettes. He had to hustle because he knew the shopkeeper, Alphonse, liked to close at 11:00 pm sharp.  His momentum propelled him through the door, causing the customer warning bell to ring loudly as the door bashed into it, and before the sound had died away, he knew he was in trouble. It took a second, perhaps three, to sum up the situation.  A young girl, about 16 or 17, scared, looking sideways at a man on the ground, then Alphonse, and then Jack.  He recognized the gun, a Luger, German, relic of WW2, perhaps her father’s souvenir, or more likely a stolen weapon, now pointing at him then Alphonse, then back to him. Jack took another
Post a Comment
Read more

- October 23, 2018
This is basically a first draft of the story, with all manner of errors waiting to be fixed.  There is also lapses in plot continuity, problems with point of view and the narration, but essentially the story is there, waiting for the first edit. I think it might need more at the end because it seems to just stop, leaving us hanging. But isn't that typical of a first draft? Jack was staring down the barrel of a gun. He had gone down to the corner shop to get a pack of cigarettes. He had to hustle because he knew the shopkeeper, Alphonse, liked to close at 11:00 pm sharp.  His momentum propelled him through the door, causing the customer warning bell to ring loudly as the door bashed into it, and before the sound had died away, he knew he was in trouble. It took a second, perhaps three, to sum up the situation:  a young girl, about 16 or 17, scared, looking sideways at a man on the ground, Alphonse, and then Jack.  He recognized the gun, a Luger, German, relic of WW2, p
Post a Comment
Read more
More posts