Showing posts from February, 2022
Show All

I've always wanted to go on a Treasure Hunt - Part 54

- February 17, 2022
Here’s the thing... Every time I close my eyes, I see something different. I’d like to think the cinema of my dreams is playing a double feature but it’s a bit like a comedy cartoon night on Fox. But these dreams are nothing to laugh about. Once again there's a new installment of an old feature, and we’re back on the treasure hunt. ... A dark room, a dark woman, and a dark desire. A very, very bad combination. But in a moment where my brain must have switched off for at least ten seconds, I kissed her back, and that was a fatal mistake. I closed my eyes and went with it.  Until one or other or both of us decided this was not the time or the place. And then she said something that really worried me. “I’m sorry.” She unbolted the door, opened it and we stepped out.  Instantly the temperature dropped forty degrees. And sanity returned. I tried getting my mind back onto realistic matters, like leaving.  “Do you think they might be waiting, just in case there is someone here, like us?”
Post a Comment
Read more

Was it just another surveillance job - Episode 43

- February 10, 2022
I'm back home and this story has been sitting on the back burner for a few months, waiting for some more to be written. The trouble is, there are also other stories to write, and I'm not very good at prioritizing. But, here we are, a few minutes opened up and it didn't take long to get back into the groove. Chasing leads, maybe “You left a paper trail, a car registration form at the flat in Bromley.” I saw him shake his head.  “I thought I’d removed any evidence.” “Good thing then, that I found it, and not Severin who was next through the door.” He nodded towards Jennifer.  “What’s she doing here, she was one of your surveillance team.” “She came with me.  The department threw her out, I found her and asked her if she wanted to find out what was going on.  Apparently, she did.  Everyone can put their guns down now.  We are, believe it or not, all friends here.” Jennifer put her gun back in a pocket I hadn’t seen before. Adam lowered his, but it was still ready to shoot if e
Post a Comment
Read more 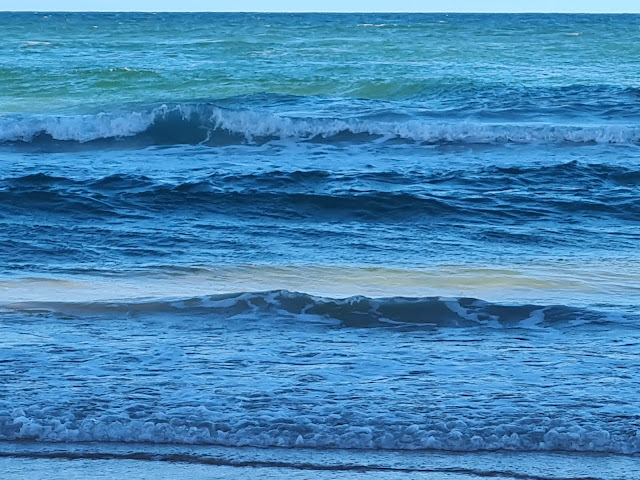 A picture paints ... well, as many words as you like.  For instance:     And, then, the words: ... I hated playing games. I hated it when I was younger, namely because my brothers always cheated, and that had been carried through to adulthood. Now, I just avoided them. It left me wondering how I managed to paint myself into a corner, and agree to do the one thing I assiduously avoided. You could chalk it up to being persuaded by a pretty girl.  Yes, I am the typical male, a sucker for a pretty face and a little flattery.  It would not have happened if I'd just gone home, instead of being asked to go and 'just have one drink' on the way home from work.  I used to, once upon a time, before I got sick.  But, perhaps it was a combination of cabin fever, and the monastic existence I'd adopted since that saw the one visit a chink of light at the end of a very long tunnel. Whatever the reason, had I not gone, I would not have met Nancy.  I'd seen her before, off
Post a Comment
Read more

- February 09, 2022
Here’s the thing... Every time I close my eyes, I see something different. I’d like to think the cinema of my dreams is playing a double feature but it’s a bit like a comedy cartoon night on Fox. But these dreams are nothing to laugh about. Once again there's a new installment of an old feature, and we’re back on the treasure hunt. ... There was blood spatter along one wall, and more underneath a chair just out from the wall.  On the other side of the room was a table with some rather gruesome instruments on it. I immediately felt sorry for the archaeologist.  He must have endured serious pain before dying.  It would be interesting to see a copy of the Medical Examiners report.  The room had another overlying aroma other than the mustiness. What did death smell like? “Do you think this is where Alex and his cronies hang out?” “Well, I can tell you for sure it’s not Vince’s lair.  He has a house back at Patterson’s Reach.  Besides, this mall is Benderby’s territory.  It’s his securi
Post a Comment
Read more
More posts