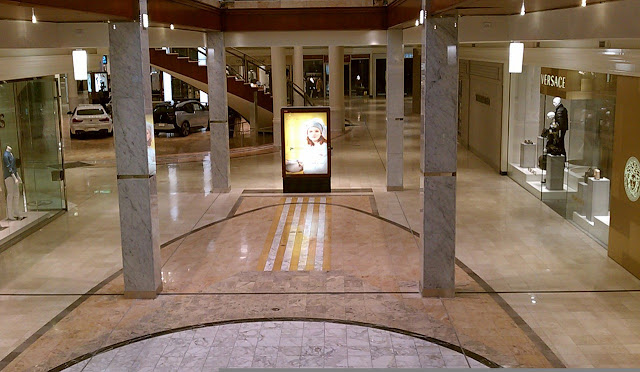 Are you sure you want to do this?

It was a routine call, that a man was behaving strangely in a shopping mall.  It was passed from mall security to the local police, and then, when the man became agitated and produced a weapon, they called in the next line of police, and they called us.

At the scene, I counted 12 police cars, marked and unmarked, a van, SWAT, several fire and rescue trucks, and a host of bystanders, all crowding at the barrier that was set far too close to the exit.

"You don't mind if I take the lead on this one?"  Josephine had been my partner for the last six months, at first training on the job, then started taking cases.  This would be her second.

It was a relief, the last event was difficult, long, and both mentally and physically exhausting, but we saved the wife and two children.  There was never going to be an option to save the husband.  I realized too late that it had always been his aim to be killed by the police, and sadly, two trigger-happy deputies were only too happy to oblige.  A bad day all around, in the end.

Logistically, the mall had been emptied in a brief window when the man was engaged in talking to the local police, except for two shop assistants.  When the man realized what was happening, he had taken them both as hostages.  Had he not, we would have had a quiet afternoon.  Now, deputies were stationed inside the ball, cutting off an easy retreat, outside the front entrance, and one inside, but pinned down.

While we were en route, the local negotiator had been establishing communications with the perpetrator, and this had been completed when we got there.

The perpetrator had fired off seven shots, and it was estimated that he may have up to 12 remaining shots.  Based on the seven shots fired, it was assumed he was a very good shot, even though he had not hit anyone.

Nor had he made any demands, other than to suggest they find a proper negotiator, which was odd because the one in situ was one of the best in the country.

Josephine had been waiting for me to finish my observations, and, when I joined her, she dialled the perpetrator's number.

"At last."  Male, agitated, angry perhaps, but definitely on the edge.  The fact he hadn't threatened or harmed the hostages yet told me there was a chance this might be resolved.

"My name is Josephine McTrantor, can you start by telling me your name?"

"Is Oliver Strand there?"

That was me.  Surprise number one.

She looked at me, and I shrugged.  It was her negotiation.  "I will be handling the negotiations today, sir, but it would be helpful if I had a name?"

"Well, that's a little unusual," the local police commander muttered.  He had been observing events from a distance, although he still had overall control of the situation.  "Your fame precedes you, Mr. Strand."

"What would you like to do, sir?"  Josephine looked as though she would be more than happy to pass this on.

I held out my hand, and she put the phone in it.  "I suppose we should find out what he wants.  The trouble is, he hasn't been making wild demands or threats, just getting our attention.  It makes me think there's something else in play."

I dialled the number.

When he answered, he said, "This better be Oliver Strand."

"Gerald Rawlings.  We have matters to discuss, and I would prefer to do that in person."

Railings.  That name had some significance, but for the moment I couldn't think where or why.

"I will arrange safe passage to a neutral place, but it can't be in the mall."

"I'm not leaving here.  You will come to me, not the other way around.  I will exchange all if the hostages and allow you to remove everyone else, but only once you are here, with me.  You have an hour to comply otherwise the hostages die."

Once again the phone went dead.

"You're not going to agree to those terms, because it seems to me he has an axe to grind."

Then it hit me.  He did.  I knew the name was familiar.  He had what I presumed to be a brother, Axel Rawlings.  Two years before, another hostage situation, one that could have been avoided, only by the time we were called I'm, two hostages were dead, and there was nowhere for Axel to go, even if he surrendered, which he didn't.

I had made progress, but some overzealous marksman took the shot, without my permission, and a tragedy followed, compounded by the fact the officer in question got off without any charges.

Now the past had caught up to the present.  I could have avoided that tragedy with a little more effort.  I wasn't going to let history repeat itself.

"He does, and I know what this is about."

Josephine looked concerned.  "Are you sure you want to do this?"

"No, but if I don't, then this is going to go down exactly the same as it did with his brother."  I took the phone and dialled the number.  "Ten minutes, Gerald.  Be sure you honour your part of the deal."

To the others, "I expect you all to remain on standby, but under no circumstances is anyone to take any shots unless I say so.  Is that clear?"

A nod from both.

Time enough to steel myself before going in.  I gave Josephine my gun, and they fitted a mike.  At least someone would be listening in this time.