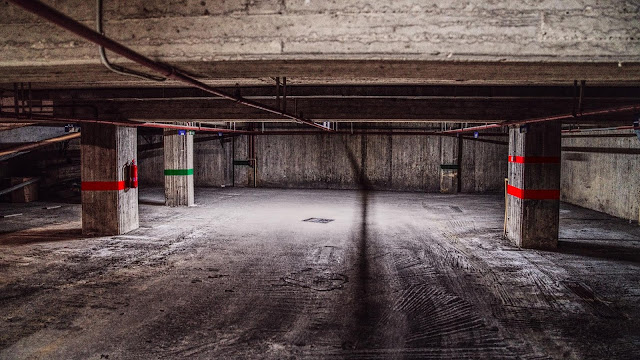 Fabio at one end, Amy and guards at the other, I’m in the control room, and Benito just walked in.  Was this Amy’s master plan?  Scare the living hell out of Fabio?  Had she told Benito about Gabrielle?

There were a dozen unanswered questions going through my mind, but the one at the top of the pile was, what was she doing?  The answer I least wanted to believe; was that she had been working with Benito all along.

And if that was the case, and if Benito was in a forgiving mood with his son-in-law, then I might be in trouble.  My mind cast over the events leading up to getting to this place, and I could see at least three instances where it could be said she was working for Benito, or even Fabio if I wanted to go down that rabbit hole.

I watched Fabio’s expression change from incredulous to fearful.

Maybe I was not the target.  Yet.

Just in case it was true, I deemed it time to leave.  There was nothing more I could do.

I opened the door and stopped.  Outside was a guard with a gun, pointer directly at me.

“What are you doing,” I asked.

Dumb question, I knew instantly what was happening.

“I’ve come to escort you to the meeting.”

Of course, what was I thinking?

“Who’s this?”  Benito saw me being escorted to where Amy was standing.

“Another mess your stupid son-in-law caused that I had to clean up.  This was not part of the deal.  I’m not here to clean up Fabio shooting up the city.  I had the witness situation sorted.  Whose idea was to send in the corrupt cops?”

So, she was on the take.  For whom though?

Benito glared at his son-in-law.  “First you kill a man in front of a witness, then you directly disobey orders.”

“You wanted me gone.  Angelina said so.”

“You’re a moron.  I told you a year ago you’d have one chance to prove yourself capable of running this family’s operations.  Five times you’ve screwed up.  Five.”

“Just hand over the witness, and I’ll make sure you retire comfortably, Sorrento, Capri, Tuscany, you name it.”  Benito’s tone was convincing.

“No.  You broke our agreement.  I’d rather take my chances.  You need to deal with Fabio now before it’s too late.  So far, the DA’s only interested in him, not so much because of the witness, but because one of your corrupt cops lived long enough to name Fabio, and only Fabio, is the instigator of the hit.  And just to make matters worse, Fabio never gave up Gabrielle as he promised.  He’s been two-timing Angelina the whole time he’s been married to her.”

I could see that was the final nail in the coffin.  Benito held out his hand and one of his henchmen handed him a silenced gun.

Fabio didn’t speak.  There was nothing to say.

Benito aimed and shot Fabio.  Fabio didn’t try to avoid the bullet or plead for his life.

“Problem solved,” Benito said.  “We’re done.  I suggest you disappear before I change my mind and set the dogs on you.”

A nod of the head and he was gone.

Amy glared at me.  “Don’t say anything.”

She went back towards the control room, and, after looking at the body on the floor, and looking back into the darkness where Benito had retreated, I had to wonder just what happened.

The fact I was still alive was probably a miracle.  With Fabio dead, I was no longer useful for either the state or Benito.  Still, that being so, I didn’t feel safe.  With Benito still out there, both Amy and I were always going to have targets on our backs.

I got back to the control room to find Amy on her cell phone.

“And tell me you got a recording of the conversation?”

She disconnected the call and saw me.

I was still at the point where I was totally gobsmacked and losing all trust in the one person I had placed all my trust in and my life.  “You could say that?”

“I’m sorry, but it was necessary.  This is the result of three years of undercover work, and it was nearly all brought undone by that attempt on your life.  I hadn’t bargained on Benito bribing some of his police on the payroll to kill you.  I told him I’d take care of it, but it appears he didn’t trust me.  The thing is, the last few times I spoke to him, he was not as forthcoming.  I think he knew my true status which meant this was the only chance I had to get Fabio.”

“What was the plan?”

“Break him out, pretending it was under the orders of his father-in-law, then use Gabrielle against Angelina, hoping Angelina would turn on him, threatening to tell her father of his infidelity unless he confessed to the murder, and, of course, exonerate you.”

“No.  She was threatening to kill Gabrielle and her child.”

“Then you called Benito.”

“He wasn’t part of the original plan, but a thought did occur to me, tell him about Fabio’s girlfriend and watch the father punish the son-in-law.”

“Did you think he’d simply shoot him?”

“No, but Benito is as much a loose cannon as Fabio.  We thought Benito retiring was the end of an era.  It wasn’t.  That he shot Fabio kills two birds with one stone.  Benito is now in custody with physical evidence that we can use to put him in jail for the rest of his life.”

“And the family crime operation?”

“Destroying itself as we speak.”

“Except if you let Gabrielle go, she will take it over.  I saw the newspaper article on the family dynamic.  Benito wasn’t the only boss, not Fabio.  It suggested that his faith in Fabio had waned to the point where Gabrielle was running a number of day-to-day operations.  If she does take over, that will leave both of us in an invidious position.”

“Only if I let her go.  Perhaps we should put her in jail too.”

“She hasn’t done anything.”

“That we can prove.  But you’re right.  I had been banking on her co-operation, but that hasn’t been the case.”

She shrugged.  “No matter.  You’re free now, with no case to answer.  I’d disappear though, just in case.”

“I can’t get witness protection?”

She seemed distracted, and there was nothing more to be gained in further discussion.  I was beginning to understand that no good deed goes unpunished, that trying to do good didn’t always work out the way I thought it would, and, now, I had left myself in mortal danger.

I couldn’t go home, as she said, I couldn’t go anywhere.  It was not as if I had the most fulfilling life before all of this began, so ideally I could disappear, but I would need help/

I was not going to let her just walk away.

“Hey,” I yelled out.  “Asking is not good enough.  You will get me into witness protection, and the sooner the better.”

“Fine.”  She stopped and waited until I caught up.  “Where would you like to go?”

I hadn’t thought about it, but it opened a lot of possibilities.