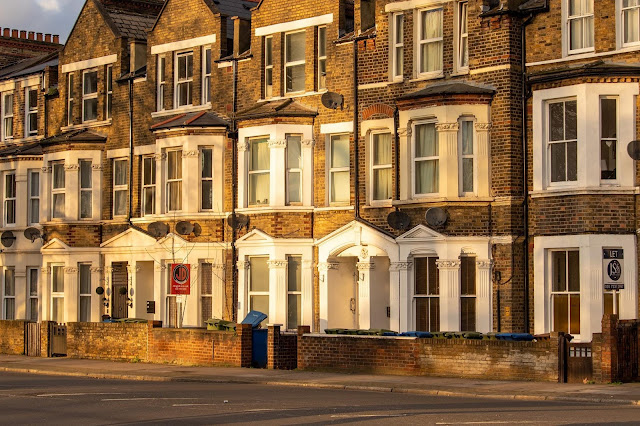 Henry had about fifteen minutes to get his head back in the game.  Killing two men in what was almost cold blood didn’t sit well with him, but he had convinced himself it was necessary. Had he not, they would have shot him without hesitation.

It was a world he was going to have to get acclimatised to and fast.  They were heading towards the lion’s den.

Mary had got another call, with coordinates where the call she’d made to was located.  Another unbelievably bad mistake on their part.

Or, perhaps, the opposition they were up against was not that clever.

Or, Henry began to consider, that this was a simulation and he was just playing a part, one that would decide whether he was in or out.  The only thing that went against that theory was the very real death of the man at the van.

We were heading towards South Ealing, Devonshire Road to be exact, and a terrace house.  It belongs to a man by the name of Edward MacGuinness, who had no affiliations with anything or anyone that would raise a red flag.  He was simply a retired accountant, widowed, with children living overseas, and for all intents and purposes a loner.

Mary’s initial assessment, it was the quiet ones you had to watch.

I had a very different idea, but it was not my place to say anything.  Just watch, listen, and learn.

Once we arrived, we stopped about three terrace houses up from the target and then waited.  This was surveillance, she said, and it could take five minutes or five days.  Someone in there would eventually come out, or if no one came out, someone would come back.

I was disappointed there were no stakeout snacks or coffee.  Henry just knew it was going to be a long wait.

Fifteen hours later, at 3 am on his shift, a light went on in a second-floor window, and the curtain moved slightly.

Whoever was in the house was checking the street.

All they’d see was a line of parked cars, and nothing else stirring.  The darkness had been manufactured; Mary had shot out the streetlights on either side of the terrace house we were observing.  Out front, it was almost black, and where we were parked, it was equally murky.

It gave us cover when we wanted to stretch, and luckily, during the last two hours no one had been on the street, and no cars had passed by.  It was a very quiet part of the city.

She was awake instantly.  “Where?”

“Second floor.”  She was just in time to see the curtain flutter, and then the light go out.

“They’re leaving.  You go up to the front and wait.  Try not to be seen.  I’ll go round back, that way we’ll have all the escape routes covered.  Let’s go.”

The plan sounded good in theory but in reality…

Firstly, there was no adequate cover outside the front door, and I would be exposed if someone with a torch came by or came from either side.

The entrance was under cover so what little cover there was gave me some darkness to blend into, but if someone came out the door, they’d see me straight away, especially if they turned on the external light.

But, if they were leaving stealthily, Henry knew he would be relatively safe.

Five minutes, then ten, then the door opened.  Henry had his gun ready to shoot whoever came out the door, at the first sign of trouble.

“Henry, come in, and be quick about it.”

He lowered the gun, safety on, then went in and Mary closed the door.

“There are signs, but no.  They left by the roof, going up the attic staircase and most likely across the roof.  Didn’t anticipate that.”

“That’s what we’re going to find out.”

It didn’t take long to find the actual owner of the terrace, the old man, tied up and very dead in his bedroom closet.   Whoever it was that had been in the terrace had known there was only one person to take care of, and then use it as a base of operations.

That way someone else would take the blame.  If they were alive.

Mary said the body had been dead for about 5 days, how she knew that was interesting, but I wasn’t going to ask.  Then it was a matter of searching the place from top to bottom to see if the killer had left anything behind.

No one, she said, was perfect.

Not ten minutes later a cell phone rang, I was nearby so she put it on speaker.  It must have been the phone she took off the man in the van.

“The price is still 2 million, but if you wait until tomorrow, it will be 3 million.  You will not find any clues in that house; it was just a stepping stone.”

“You will be out of a job long before that happens.  3 million and rising.  I took the liberty of calling your chief.  He’s not happy that you didn’t pay what I asked earlier.  Don’t wait too long.”

Mocking.  Confident, even arrogant.  He held all the cards, and he knew it,

“Perhaps you should just pay,” I said.

Her look told me otherwise.

At least I wasn’t freezing to death in the car.