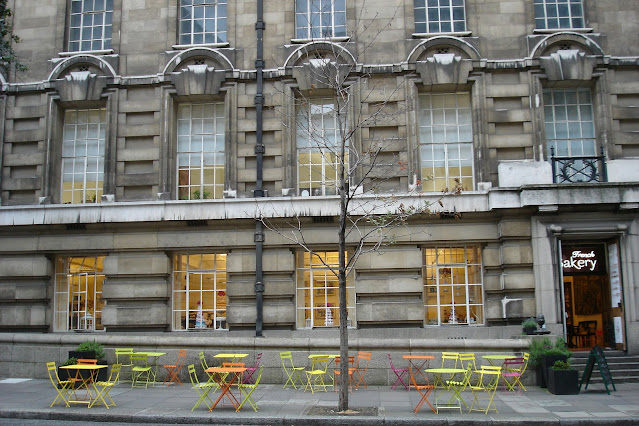 So, not to sound like I was a snotty loser when Cecile had first told me about Jake, the man I assumed was her new boyfriend, I said he was too good to be true.

He’d been sent to Australia to work in a branch of his father’s company as a learning experience on the way to bigger and better things.  He was just the sort of man she thought she wanted, not the slow and steady wins the race type, but someone who would, and literally did, sweep her off her feet.

In our last conversation, when she told me I was not the man of her dreams, she didn’t exactly identify him, but I knew who she was talking about.  She had fobbed me off several times, so I followed her and lo and behold, there was the man himself.

All she had to do was tell me we were done, but she didn’t, and exactly why she hadn’t remained a mystery.

That he had led her down a very dangerous path, well, I might have carried a grudge, but we had been together since childhood, and my feelings for her were not easily extinguished, not to the point I would take her back, but I would find her and save her if she wanted to be saved.  After that, I would be a tourist for a while before going home.

Or if I got the travel bug, tour Europe for a while.

From the moment I’d told Emily about our separation, she had gone quiet.  Had she known about it?  If she knew that we were no longer together, why did she think I would come with her on this mission?  Get us back together?  We were going to have to talk about this, and the fact Cecile and I were done, and sooner rather than later, in case she got the wrong idea.

I was not the knight in shining armor, not anymore.

As for this Jake character, just who the hell was her.  If he was not who he said he was, and his parents were not the people she was expecting, was he just some cheap imposter, after he money.  Her parents were wealthy, yes, but not overly so, and certainly not the sort who could pay a hefty ransom.

All of this would make sense if he was a conman.  And if that was the case, perhaps the man in the pinstripe suit was his accomplice.  I would call him soon once we were resettled in another hotel.

In the meantime, we had to make sure we were not being followed.

After spending an hour confusing even ourselves where we were, we stopped at a café.  Coffee and rest, along with a consultation with the map, and an internet search of small hotels, on the other side of town, one that required a few changes of train and/or bus.

We had said little except to agree or disagree which way to go, until now.  I could see that revelation about Cecile and her new boyfriend had struck her, and I began to believe that Cecile had neither told her nor told anyone else about Jake.

That made sense too, if he didn’t want her to tell anyone ‘Just yet’ until they got home.  For a girl with so much common sense, how could she have been so easily led astray?

After the coffee and a cake were delivered to the table, she said, “I’m sorry.”

“Dragging you here on this odyssey.  If I’d known you two had split up, I would not have been so insensitive.  Why didn’t you tell me?”

“I thought she had.”

“Do you know who this Jake is?”

“Only saw him once, and he was devilishly handsome.  Adonis would have had trouble competing with him.”

Did that sound like sour grapes?  Probably.  The first time I saw him, I knew I had no chance.

“Apparently it is now.”

She took a moment, eyed the cake, and mentally calculated the number of calories it contained, in exactly the manner her elder sister did, then asked, “Why did you come?”

“I still care about her, and what happens to her.”

“Even after she dumped you?”

I had forgotten Emily could be quite blunt sometimes, and now that she had learned of our split, she wasn’t taking it well.  That may have had something to do with the fact she took the credit for us getting together, all those years ago when I might add, she was about five.

I’d been part of the furniture for almost all of her life, so I guess it was hard to take.

“Well, when we find her, I’m going to give her a very stern bollocking.”

If, and/or when, we found her.

We still had to find a new hotel, get our luggage from the airport, figure out how to find our way to Jake's last known address, and make a call to a man called Sid Jackson, though he didn’t look like a Sid to me.

An idea occurred to me, and rather than having to rely on public transport, not that in London it wasn’t far better than anything we had at home, I remembered seeing a rent-a-car place not too far back.  A car might just be the thing, and in one respect, just the move they might not be expecting.

Something else had just occurred to me too.  Why had Cecile left this trail of breadcrumbs for me to follow, when she had made it quite clear she didn’t want to be with me anymore?

It was a moment when I began to question just why I was there.