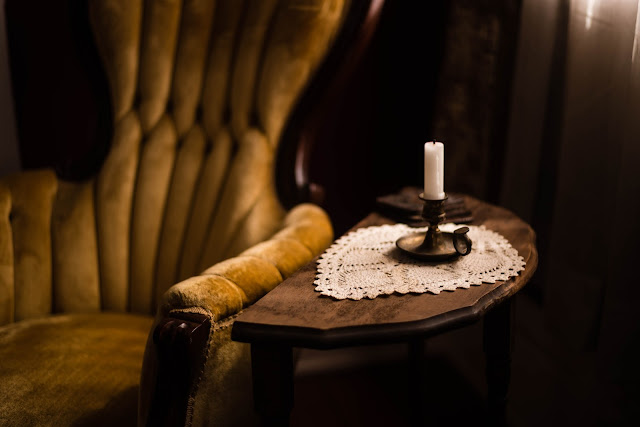 And, I knew, she was ashamed of his misdeeds, and she thought if we didn’t bring them up, he might not persist with his self-destructive nature.

It was a forlorn hope, and I think she knew the ‘let’s ignore it, it’ll go away’ tactics were not going to work.

Perry was spoilt, indolent, and hadn’t been taught the hard lessons of life.

Come to think of it, Madeleine hadn’t either, but it had not affected her as much as it had Perry.  That, perhaps, was more down to the will of her mother in having Madeleine become something more than just a pretty face.

And that, I suspect, came from the fact Madeleine’s mother came from the wrong side of the tracks.  Yes, there were men who like bad girls.

There were aspects of her current situation that made her feel scared, and at other times when she pushed the fear to the back of her mind, disappointed.

The fear was of the unknown.  Or it had been until Henry came back.

Up till then, she had feared the worst, that she had been simply kidnapped off the street and would finish up a slave girl somewhere.  Isn't that what happened to girls like her when alone in foreign countries?

Now that fear had dropped a few Defcon levels, and she had time to think of other possibilities, and the one she didn't want to think about.

The disappointment had nothing to do with playing Suzanne's silly games.  Henry had told her several times in the past that he reluctantly played along, mostly because of his parents' expectation that she and he were supposedly dating.

It was a surprise to learn that they were not.  Well, not exactly.

The possibility of having some fun was something to look forward to and get away from her stifling parents' control.  It was why she agreed to come to Hong Kong.  And if she was honest with herself, she had got a little thrill at the thought because although she knew the dangers of traveling alone, it was Hong Kong, and her mother thought it was a good idea because she trusted Suzanne.

It was not as if she hadn't been there before, part of a trip around the world to celebrate finishing school, and before she was expected to attend university.

The little notes, the assignments set by Suzanne that were a sort of treasure hunt, they were fun.  But the biggest surprise?  That Henry was in Hong Kong too, and that one of Suzanne's games led to them meeting up.

That couldn't be a coincidence.  In fact, she had heard from one of her friends that was also a friend of Suzanne, that Suzanne had lost interest in Henry, that he was not what she was looking for.  She wondered briefly if Henry was aware of Suzanne's sentiments.

Now all of that was now overshadowed by her current predicament, that which she did not want to believe, that Perry's gambling had caused it.  Perry had his problems, mainly that he didn't get the respect he should from his contemporaries, and sometimes tried to, to put it bluntly, buy his friends.  They had talked about it, she had covered his last gambling debt, and he had promised it wouldn't happen again in exchange for her silence in not telling their father.

He had sounded sincere and she knew he was genuinely afraid of their father, but this, where she was now, and the fact he was in Hong Kong too when he was supposed to be home working with their father, was too much of a coincidence.  And Henry would not accuse her brother, out of respect to her, unless he didn't have conclusive evidence.  They had taken Henry away, so what had happened during that time?

And why did Henry intervene on her behalf back at Disneyland, when he could have saved himself.  Or more to the point, save Suzanne from what happened to her.  Another glaring point was the fact the kidnappers had not taken Perry, because he would equally be worth a few million in ransom.

Because the kidnappers were more likely to get a payout for her than him.  Perry was not exactly the family favorite at the moment.  It was a simple answer to her original question, her parents were mega-rich, and kidnappers could demand millions to have her returned.

She wondered if they were demanding a ransom for Henry too.

Time to swallow some pride and ask.

She rolled over and looked in Henry's direction.  He was sitting on the edge of the bed with his back to her, staring at the wall.  Hardly surprising then he was mad at her.

He turned and changed position so he could look at her.

"Don't be.  I'd be angry too if you had accused my brother."

"You must have had a reason for doing so."

"Something the woman in charge upstairs said.  I asked her if I was being ransomed and she said no, I didn't owe her anything.  You told me a while back about Perry and his gambling problem, and he's here in Hong Kong, not a good place to be if you have a problem, particularly in Macau, so I was putting two and two together.  If you think I'm wrong, say so, and I will apologize and not mention it again."

No.  He was not wrong, she thought, after listening to the evidence as it were.  Had they wanted a ransom for Henry, that would make it a different problem.  She had read about Macau, and it made sense.

"What happened when they took you away?"

"I had to speak to your father.  He's not a happy man, and I'm not quite sure if he understands the seriousness of the problem."

"Perhaps I should talk to him."

"Then you'd have to tell him what you suspect, and I don't think that's what anyone wants here, which is why the ransom idea is best.  You were unlucky to be in the wrong place at the wrong time.  You were recognized, and someone decided to kidnap you."

"I've seen TV shows.  We're not supposed to see the kidnappers, because every time that happened, the victim was killed."  And at that moment she realized what she had said, and a pang of fear struck deeply, so deeply it took her breath away.  "We're going to die, aren't we?"

"Then you'd better come over here and hold my hand.  Thank you for coming with me.  I think, if I was by myself, I'd be a gibbering mess by now.  In fact, I don't think I'm very far from becoming one now."

With that, she could feel the tears willing up in her eyes.

I was not sure there was any way I could comfort her.  I moved closer to her and she simply put her head on my shoulder and started crying.  In the circumstances and that feeling of helplessness, I tried very hard not to let my fear show.

And it was a definite fear.  These people might be very polite about the situation, but there was no doubt what would happen if a successful conclusion to their demands was not met.  She was right.  We had both seen the kidnappers, and that was generally the last thing those people would want.  Not that I thought that I could give a very good description of any of them because, a tall dark-haired Chinese man, or short-medium build, dark-haired Chinese woman might adequately describe nearly a billion other Chinese.

Perhaps that was why we were still alive.  For now.