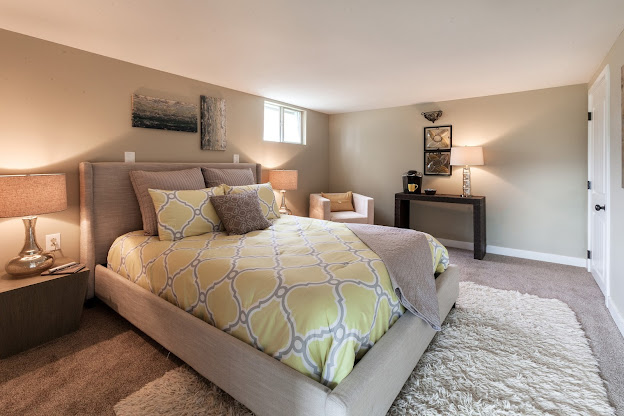 There's a point where you suddenly realized you've been tricked into doing something you wouldn't normally do, and, worse, by someone you thought was your friend.

That thought, along with others, floated around in my mind while considering my fate; in a small room in the basement of a house that belonged to, what I now knew to be a criminal.

Everyone knew of Joe Delaneo as a wealthy philanthropist, not the head of a gang that had barely registered on the crime scale, and not on the police radar.

Their crimes were, but it was a matter of fact the police had no substantial leads, nor any idea who was purporting the crimes.

However, the chances of escaping with this knowledge and passing it on were somewhere between impossible and needing a miracle.

I had time to reflect on how I got here.

Basic human failings.  The desire to take people at face value.  To accommodate people who seemingly sincerely tell you they care about you, and then spin you a story about how a certain person stole something of theirs, and they wanted it back.  The was more to the story, but it was the implied gratitude that reels you in.

I believed it was my one and only chance with Marylou Brenner.  I even believed the story of how she had tired of Max Brenden, a gifted quarterback destined for bigger things, because of his wandering eye, and dismissive attitude.  I'd seen him with other girls and seen how he treated them.

A shake of the head, and a realization of how big a fool I had been.  Perhaps they knew Joe Delaneo was a criminal or maybe not, they just got lucky, but the result was always going to be the same.  Trouble for me and amusement for them.

Of course, I was not cat burglar, and no experience in breaking and entering, and setting off a silent alarm was inevitable, as was capture.

What, at first surprised me was the fact Delaneo had not called the police to report me.  That set off the first alarm bell.  Then, another man, one with a scarred face, a man I'd not seen before, came to the room and asked me questions.  Who sent me, what was I looking for?  I told him the truth, and he did not believe me.  He did not say anything more, just glared at me, then left.  It was enough.

I'd seen the movies and TV shows and guessed what happened next.  Torture, either waterboarding or electricity.  A battle with pain that no normal person could withstand, and for a mere boy just starting university, my threshold would be all of 30 seconds.  The anticipation would make that about 15 seconds by the time he arrived with the equipment and equally mean-looking assistants.

There was a bed in the room, and I sat on it.  Sleep was the last thing on my mind.

I was woken by the rattle of a key on the lock and the squeaky hinges of the door opening.

It was the best time to come when I was half asleep and disorientated.  It took three seconds to realize where I was and five more to remember what had happened.  By that time a fist had wrapped itself around the clothing on my shoulder and dragged me to my feet.  I Neely collapsed, remembering at the last second that he would probably drag me to where we were going, and finish up in an unceremonious heap in front of whomever he was taking me to see.

Better to arrive on my own two feet.  Begging might come later.

We went up a flight of stairs and along a long passage to the back of the house.  I'd broken in via the back of the house and made it as far as Delaneo's study before being caught.  We passed a large room with library shelves, a dining room, and an empty room before we arrived back in the study.

In daylight it seemed bigger, but equally as forbidding.  More shelves, more books, cabinets, luxurious chairs, a magnificent desk, and an alleged crime lord sitting behind it.

The fist released its grip on my clothes and the man it belonged to stepped back two paces.  He had a gun, I saw it just before he grabbed me, as a detective in a shoulder holster.  I saw it briefly last night, and it looked big and deadly.

Should I agree or pretend to be someone else?  Where did he find out my name?  I'd stick with the truth.  "It is."

"What were you after?"

"I don't think it matters now that I've had time to think about it.  I suspect the people who sent me on this goose chase are probably laughing their heads off about now."

"As much as you probably do not want to believe me, but if you think about it for one minute, you'll see the truth of it.  Hell, if I were this remarkable cat burglar you seem to think I am, the first thing I'd have done was disable the alarm, and then enter through the rear.  The fact there was an unlatched window at the rear comes as no surprise.  Everyone forgets something occasionally, and it has been seasonally hot."

He looked at me with a rather strange expression.  Was he horrified, or intrigued that I would talk to him so?

"Just a stupid fool trying to impress a girl.  The wrong sort, but then people like me always seem to try and punch above his weight.  I've learned my lesson I can tell you."  I took a deep breath, resigning myself to my fate.  "Look, whatever you're going to do, just get on with it."

Delaneo's expression changed, it was not quite evil, but somewhere near it.  He looked past me at the man standing behind me.  "Impatient little bugger, isn't he? “ I assumed the man behind me nodded because he didn't speak.

I felt the man behind me move forward and grab my shoulder again.  He twisted me around to face the door, and we left the room, the man closing the door gently behind him.  We walked up the passage towards the front door.  Another man opened it.  He took me as far as the edge of the patio and let go.

"Think yourself lucky this time.  You come back; your luck will run out.  Now go, quick, before I change my mind."

I sighed inwardly in relief and went down the steps.  He could have thrown me down, but he didn't.  I was, as he told me, quick to get to the gate, and then, outside, I ran.

"You've got to stop throwing fools into the breach, Marylou."  Delaneo glared at her in much the same expression he had for all people under the age of 40.  As a miscreant.

"They need to be tested."

"Well, he didn't turn to water if that's what you want to know, not like that footballer chap of yours."

"Oh, he's not mine, not anymore.  I have someone else in mind to take his place.  Someone far more interesting."