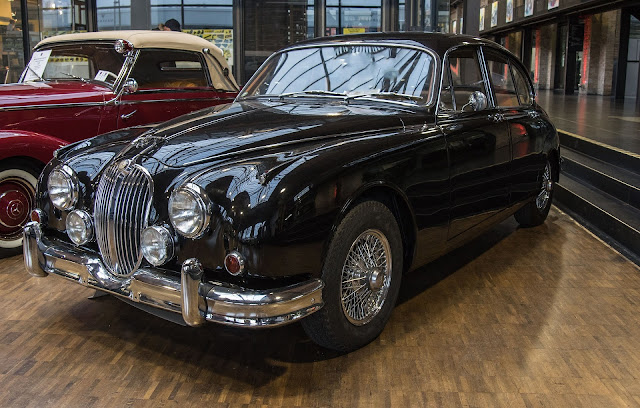 Last days were supposed to be joyous, the end of your working life and the start of the rest of your life.

I'd spent the last 35 years working for the company, navigating through three buyouts, five name changes, and three restructures.  I was surprised I was still employed after the last, only two years before.

But, here I was, sitting in the divisional manager's office, my office for one more day, with my successor, Jerry, and best friend, sitting on the other side.

"Last day, what are you thinking?" He asked casually.

It might have been early, but we both had a glass of scotch, a sin l e malt I'd kept aside for an important occasion and this seemed like one.

I picked up the glass and surveyed the contents, giving myself a few moments to consider an answer to what could be a difficult question.  To be honest, the thinking had started on the subway on the way in, when I should have been working on the crossword, but instead, I was lamenting the fact that the next chapter of my life would be without Ellen.

We would have been married, coincidently, 43 years ago today, had she been alive.  Unfortunately, she had died suddenly about four months ago, after a long battle with cancer.

And I still had not had time to process it.  Truth is, it had been work that kept me together, and I was worried about what was going to happen when it would no longer there.

To a certain extent, I was still on autopilot, her death coming in the middle of a major disaster concerning the company, one that had finally, and successfully, been brought to a conclusion with favorable results for everyone.

But what was I thinking right then, at that precise moment in time?  Not something he would want to hear, so I made the necessary adjustment.  "What I'm basically leaving you a clean slate, so don't screw it up."

I could see that was not what he wanted to hear.

He decided to take a different tack.  "What have you got planned for the first day of retirement."

He knew about Ellen and had been there for me, above and beyond what could have been expected from anyone.  I owed him more than a platitude.

"Sleep in, probably, but I'm going to be fighting that body clock.  It's going to be difficult after so many years getting up the same time, rail hail or shine.  But we had plans to go away for a few months, you know, the trip of a lifetime, then move.  Ellen wanted to go back home for a while, now, I'm not sure what I'm going to do."

"Then perhaps you should, or at the very least, go home for a while.  You said you both come from there; who knows, being back among family might just be what you need."

It was something I had been thinking about and had been issued an open-ended invitation from her parents to come and stay for as long as I wanted, one that I was seriously considering.

But, before I could tell him that, the phone rang.

The day went quickly, and as much as it was expected I'd hand over anything that happened to my successor, I couldn't quite let go.  There was the proverbial storm in a teacup, but it was a good opportunity to watch the man who was taking over in action.  He had a great teacher, even if I said so myself.

But it was the end of the day and the moment I had been dreading.  I'd asked the personnel manager not to make a big deal out of my departure, and that I didn't want the usual sendoff, where everyone in the office came and I would find myself at a loss of words and feel like I had to speak to a lot of people I didn't really know.

There were only about a dozen that I really knew, a dozen that had survived the layoffs and restructuring, and although there were others, I didn't have anything to do with them.  My last job took me out of the office more than being there, and so many of the other people were from offices scattered all up and down the east coast.

I'd mostly said my goodbyes to them on the last quarterly visit.  Sixteen offices, fifty-odd employees who were as much friends as they were staff who worked for me.  There had been small dinners and heartfelt moments.

This I was hoping would be the same.

Jerry had been charged with the responsibility of getting me to the presentation; they called it a presentation because I had no doubt there would be a presentation of some sort.  I had told the CEO a handshake and a couple of drinks would suffice, and he just congenially nodded.

Jerry had taken the manager's chair and I was sitting on the other side of the table.  We'd finished off the last of the single malt, and dirt was time to go.  I closed the door to the office for the last time, and we walked along the passage towards the dining room.  It was a perk I'd fought hard to keep during the last restructure when the money men were trying to cut costs.

It was one of the few battles I won.

He opened the door and stood to one side and ushered me through.

It was an exceptionally large space, usually filled with tables, chairs, and diners.  Now it was filled with people, leaving a passageway from the door to a podium that had been set up in front of the servery, where a large curtain stretched across the width of the building with the company logo displayed on it.

There were 2,300 people who worked in this office and another 700 from the regional offices.  By the look of the crowd, every single one of them was there.

It took fifteen minutes to get from the door to the podium.  Faces of people I'd seen every day, faces I'd seen a few times a year, and faces I'd never seen before.  On the podium there was a dozen more, faces I had only seen in the Annual Accounts document, except for the General Manager and the CEO.

"You will be pleased to know everyone here wanted to come and bid you farewell," the General Manager said.

"Well, I've learned a lot about this company and its people over the last week, and frankly, people have a way of surprising you.  And given the impact you have had on each and every one of them, I'm not surprised.  So much so, they wanted to give you something to remember them by."

A nod of the head and the curtains were pulled back, and behind them was an original early 1960s Jaguar, fully restored; a remarkably familiar Jaguar Mark 2.  The car had belonged to Helen and I had to sell it to help pay the medical bills.  It had been a gut-wrenching experience, coming at a time when everything that was happened to her almost overwhelmed me.

"Jerry told us about this particular car, so all of your friends thought, as a fitting memory to you and of Helen, that we should find it and restore it.  Everyone here contributed.  It is our gift to you for everything you have done for us."

So much for the usual send-off...