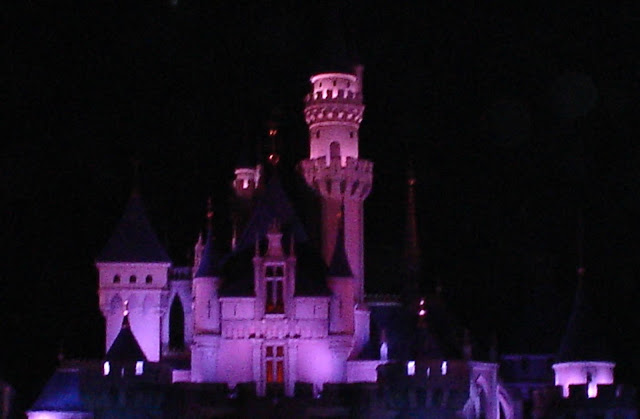 Everyone knows someone who has a child that will not go to sleep?

You can set the bedtime at whatever early hour you like, but by the time they actually fall asleep, there's been two or three hours of up and down, in and out of bed, and at least one episode of a scary master lurking under the bed, or, worse, outside the window.

After exhausting every method of achieving a result and failing, I thought I'd try reading.

The first book I picked up was, yes, you guessed it, about monsters.  In fact, nearly every book for kids was about monsters, witches, ogres, dragons, and vampires.

I put them back and sighed.  I would have to come up with a story of my own.

"But that," May said, "only applies to fairy tales."

"Well, this is going to be a fairy tale of sorts.  Minus the fire breathing dragons, and nasty trolls under drawbridges."

"It's not going to be much of a story, then.  In fairy tales, there's always a knight who slays the dragon and rides off with the princess."

This was going to be a tough ask.  I thought of going back to the book pile, but, then, I could do this.

"So," I began again, "Once upon a time, there was a princess, who lived in a castle with her father, the king, her mother, the queen, and her brother, the steadfast and trusty knight in shining armor."

"Why is their armor always shining?"

I was going to tell her to save the questions until after the story, by which time I had hoped I'd bored her enough to choose sleep over criticism.  I was wrong.

"Because a knight always has to have shiny armor, otherwise the king would be disappointed."

"Does the knight spend all night shining his armor?"

"No. He has an apprentice who cleans the armor and attends to anything else the knight needs."

"And then he becomes a knight?"

"In good time.  The apprentice is usually a boy of about 11 or 12 years old.  First, he learns what it means to be a knight, then he has to do years of training until he comes of age."  I saw the question coming, and got in first, "When he is about 21 years old."

She looked at me, and that meant I had to continue the story.

"The princess was incredibly lucky and lived a very different life than her subjects, except she wished she had their freedom to play, and do ordinary things like cooking, or collecting food from the markets.   Because she was a princess, she had to stay in the castle, and spend most of her time learning how to be a princess, and a queen, because when it was time, she would marry a prince who would become a king."

"Doesn't sound too lucky to me, being stuck as home.  I like the idea of getting somebody to do everything for me though.  She does have maids, doesn't she?"

"Yes.  And, you are right, she has everything done for her, including getting dressed.  A maid to clean, a maid to dress her, a maid to bring her snacks.  And it was these maids she envied."

Maybe I should not make the story too interesting, or she will never go to sleep.

"Well, one day, she decided to change places with one of her maids.  They were almost identical and when they exchanged clothes, the other maids could not tell they had changed places.  At the end of the day, when the maids went home, the princess headed to the house where the maid she had taken the place of.

It was vastly different from the castle, and the room she had in the castle.  The mother was at him, cooking the food for the evening meal, and it was nothing like what she usually had.  A sort of soup with scraps of meat in it.  There was a loaf of bread on the table.  The father came home after working all day in the fields, very tired.  They ate and then went to bed.  Her bed was straw and a piece of cloth that hardly covered her.  At least, by the fire, it was warm.  It didn't do anything for the pangs of hunger because there had barely been enough for all of them.

The next morning, she returned to the castle and changed places back again.  When the maid she changed places with asked about her experience of how it was like in their life, the princess said she was surprised.  She had never been told about how the people who served the king lived, and she had assumed that they were well looked after.  Now she had experienced what it was like to be a subject, she was going to investigate it further.

After all, she told the maid, I must have all the facts if I'm going to approach the king.

And she thought to herself, a lot more courage than she had.

But, instead of lessons today, she was going to demand to be taken on a tour outside the castle and to see the people.

"This sounds like it's not going to have a happy ending."

No, I thought.  Maybe I will get the dragon that her brother failed to slay to eat her.

"It will.  Patience.  But that is enough for tonight.  If you want to know what happens, you will have to go to sleep and then, tomorrow night, the story continues."

I tucked her in, turned down the night light so it was only a glow, just enough to see where I was going, and left.

If I were lucky, she would go to sleep.  The only problem was, I had to come up with more of the story.

Outside the door, her mother, Christine, was smiling.  "Since when did you become an expert on Princesses?"

"When I married one."