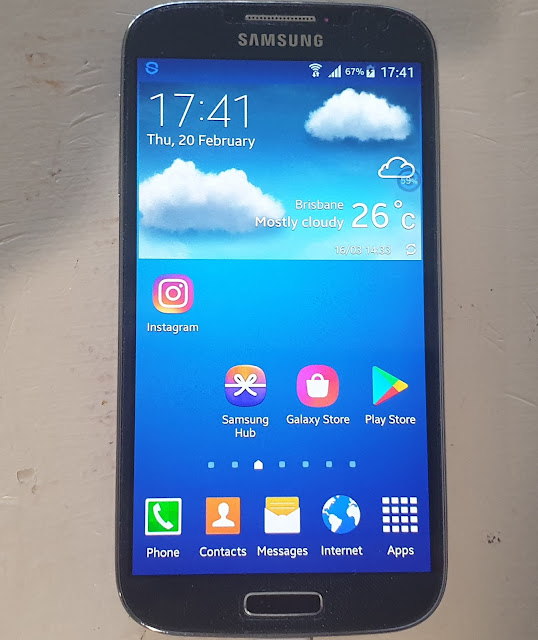 The cell phone's insistent and shrill ring dragged my mind away from the crossword, and after a fairly mild curse, I picked it up.

Sidney, my brother.  Odd he was calling me at this hour of the night.

"What," I barked, giving him a sign of my displeasure.

"That's no way to speak to your baby brother."  His smooth tones rarely reached a screaming point, which was often the reason why mine did.

And who called the younger brother 'baby' brother these days?

A hesitation.  He was in trouble again, I could feel it.

"Can you come down to the bar.  I seem to have left my wallet at home."  Sheepish, and just enough to stop me from yelling at him.  It was not the first time, nor would it be the last.

"Just this once more, please?"

I shook my head.  That was probably my biggest fault, giving in to him.  After our mother had died, and our father had to work, it was left to me to bring him up.  He was going to be the death of me yet.  "Where?"

I was surprised because the last I'd heard they'd banned him from going in there.  It was only a twenty-minute walk from my apartment, but, late at night, and winter, there was snow in the air.  And the odd snowflake falling, a prelude to much worse.

About a hundred yards from the bar I had a shiver go down my spine.  I'd not had that for a long time, not since school, and the trouble with Wiley, the school bully.  Wiley had graduated to the local thug, done a few stints in jail, and last I heard he had been sent down for a few years for an assault.

I stopped and took a moment.  Perhaps karma was trying to tell me something.

I shrugged.  Just in my imagination.  I reached the door, took a moment then went in.  He was standing by the bat looking a little apprehensive.  He was in more trouble than just not paying his bar bill.

Close up I could see the fear in his expression.  "Bloody hell, Sid, what have you done now?"

"A problem that he insists his older brother would be happy to pay for."

I knew that voice and felt instant dread.

In the flesh, and not looking very happy at all.


Wiley was never alone.  It was his trademark, having two, three, even four of his thuggish friends with him.  He'd brought two along with him this time, Johnno and Beaver.  I knew them well, brave in numbers, scared alone.

I gave each one a long cold hard stare in turn.  I'd had words with them before I left town, one of the few who escaped with a semblance of an education, and a chance at another life.  Sid hadn't been that lucky, not that he didn't have his chances, he just decided to take the easy path.

It was why he was always in trouble.

My glare went back to Wiley.  He was too stupid to be concerned at what kind of a threat I might be.  All he knew was what everyone else knew, that I'd returned after failing in the big city.

"What's his problem with you, Wiley?"

"Money.  As always.  Twenty thousand bucks worth.  Due and payable now."

I looked over at Sid who was trying not to look in my direction.  He'd never got in hock for that much before, not even close.  Then he said, "It wasn't twenty, it was a grand."

I looked at Wiley.  "How did a grand get to twenty?"

"How long has this been outstanding?"

In other words, this was a classic loan shark shakedown.  The principal doubles every week.  The same thing had happened to my father, paying the medical bills for our mother.  He couldn't get a real load from the bank, so he went to Wiley's father, back then.  That loan ended up costing us the house, and it still stuck in my craw.

The Wiley's of this world were vermin.

I went back to Sid.  "Why would you borrow of this piece of garbage when you know what his family has done to us?"

"I needed the money."

"And you couldn't pay it back?"

"Not the two grand when it was first due, no."

Something else about Sid, he was his father's son.  Both had a gambling addiction.  Sid probably had the money and blew it trying to double it.  I shook my head.

"Well, Sid, not this time.  Not fifty grand, and definitely not to these scum."

"You don't pay, there'll be consequences."

I took the few steps to stand in front of him.  I'd made a mental assessment of him the moment I realized who it was.  He had a gun tucked in the back of his pants, under the overcoat.  He'd have a knife sitting in a sheaf attached to his belt, within easy reach.  I'd seen him use it before, and he was fast.  His two friends would be muscle, no weapons other than their fists.

"Tell you what, Wiley," I said softly.  "You deal with my brother, teach him a lesson not to borrow money from you.  When you've done that, then I'll deal with you.  People say I come running back here with my tail between my legs because I failed.  They're wrong, Wiley.  Very wrong.  I came back to exterminate the vermin in this town, starting with you."

Was that just a momentary flicker of fear in those eyes.  A Wiley, afraid of a Johnson?

It was enough that the twenty or so patrons in the bar moved away.  They didn't leave, though.

Then I pushed him.  Not expecting it, he staggered backward, nearly fell.

Wiley glared at Johnno and Beaver.  "Do something."

"Leave," I said.  "Both of you.  You have a clear choice, stay here, and suffer the consequences, or leave, and I might just overlook your stupidity."

Both looked at Wiley, then each other, then headed to the door, Beaver saying as he went past, "Drop it, Wiley.  Cut your losses and walk."

"This is a Johnson we're talking about.  You afraid of him?"

Beaver stopped by the door.  "Maybe.  Remember Silver and Gerhardt?  It makes sense now, why they're gone.  They were vermin, Wiley, you said so yourself.  Good luck, but we're done."

Then they were gone.

A pin could drop on the floor and it would be like a bomb going off.

"You did for Gerhardt?"

Was that surprise, or shock?

He started walking to the door, but he had to pass me.  As he came alongside I gave him another shove, hard this time that sent him sprawling to the floor.

It had the desired effect.  He got up and had the knife in his hand.

"You're going to pay for that, Jimmy."

Hew was fast, but not fast enough.  I let the audience see the man, see his intentions, let him get a swipe in that cut through my jacket, shirt, and draw blood.  He was crazy angry.  Next lunge I caught his arm, and in one swift motion turned it towards him, shave the knife, still in his hand, into his stomach, and then shoved it hard, upwards.

He knew immediately what had happened.  I stepped back, watched his stagger once, twice, then fall to his knees.

They'd never remake it in time.

I went over to the bar and sat down next to Sid.  He was in shock.  "What the hell did you just do?"

"This town a favor, but they might not see it that way."

The bartender put a double scotch in front of me.  "On the house."

He was going to add, 'you're going to need it', but there wasn't time.

Wiley's father just walked in the door, a shard of light made the shiny sheriff's badge pinned to the crisp uniform shirt glisten.