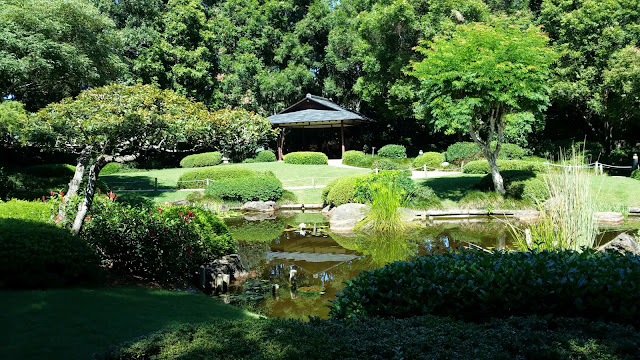 
I just wanted a peaceful day at the office.
Was that too much to ask for?
Apparently so.

How did it all start?
The train was late, again, over signal failures.
You would think after signal failures in the same place four days in a row, the engineers would have fixed the problem by now.
No.
Apparently, there's some unidentifiable issue, or so the announcer at the station said in a rather apologetic tone as thousands of us scrambled to get off the train, and rush, already late, to work.

You would think the office could run without me.
I sit in a small cubicle, the lowest of the lowly middle managers whose responsibility level is just above zero.
Wrong.
My absence was noticed and, as the Department managers personal assistant, a constantly harried middle-aged lady named Daphne said, today of all the days it had to be this one.
The disaster?
I had forgotten to tell the garage staff to refuel his car the night before.
Actually, I hadn't, but better to take the blame than get the staff offside.
A huge sigh and I made myself a cup of coffee.
Next crisis, no milk, well, no low-fat milk.

On the way to the shop to get the milk, I nearly succumbed to the desire for a cigarette.
Until I remembered I didn't smoke.
Back at my desk, the phone rang.
The assistant to the assistant to the assistant to the Assistant General Manager needed the weekly sales statistics, usually left on my desk the night before, and formatted so that I could make copies and distribute them to a select mailing list.
The reason they hadn't been delivered?
The had not reached my desk.
A short ride in the elevator to the infamous thirteenth floor recently renamed the fourteenth floor but someone forgot to tell the elevator, elicited the reason.
The statistical clerk was away for the week, and no-one had taken his place.
Stort staffed apparently.
Buck passed to the information assistant manager, then back down again.
That urge for a cigarette was getting worse.
Oh, damn, the 10 o'clock meeting.
Late.
All eyes on the lowest middle manager, my boss was about to ask all those awkward questions.
Two hours later, lunch.
I cleared all the paper on my desk into the top drawer and closed it.
Mornings work done.

I headed towards the botanical gardens only a five-minute walk from our office building and tucked away in a corner, the Japanese gardens.
It was a serene place to be, a small fountain, trickling water down a rocky stream, and the wind rustling the leaves of the trees,  You could sit on seats or on the lawn, take a picnic, or buy a sandwich, or just sit back, close your eyes and think of being somewhere else.
Until...
"Bad morning?"
I opened my eyes to see the constantly harried middle-aged lady named Daphne sit beside me, a smile where the office frown usually was.
"Very."
"Then, for half an hour, let's forget about it."
I felt her hand slip into mine and give it a little squeeze.
Yes, office romances were against the rules.  Good thing we both had a healthy disregard for rules then.
Half an hour before we had to go back to, well, for the moment, I didn't really care.
I didn't think she did either.