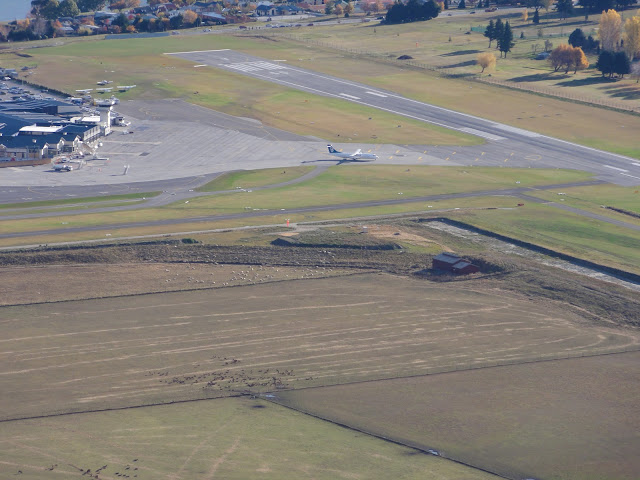 And there I was, standing on the side of the road, two and a half thousand feet in the air, and no crash barrier.

How did it happen?

Hailey called me and asked if I would like to have lunch with her, the one that was about three and a half thousand feet in the air, and like being on top of the world.

I'd known Hailey since school, about ten years off and on, and whilst I may have had a crush on her since then, I'd never done anything about it.  We just hung out together.

She had her friends, I had mine and sometimes they all came together.

She picked me up where I worked, at the bottom of the mountain, one, I might add, I'd never ascended in all the time I'd been there, and we did the slow but steady drive towards the top.

But, still some distance from the top, there was a layby and she pulled off the road and stopped.  It was straight part of the road, about a half mile long, and on the other side of the road, no crash barriers.  If a car went over the side, it would fall the full two and a half thousand feet to the bottom.

She turned off the engine.

"Is there a problem?"

I knew little about cars.

"No.  I thought we might take in the scenery."

She opened her door and climbed out.  I did likewise and followed her across the road to several feet from the edge.

There was a slight breeze, it was a sunny, but not an altogether hot day.  It was pleasant, and I let the silence wash over me.  Below, a long way down, like plastic models were several aircraft arriving and leaving the airport.  I'd arrived by plane recently, and it was one of the most interesting experiences I'd had since the old airport in Hong Kong.

I noticed out of the corner of my eye her looking at me and then down the mountain.

"Are you planning on throwing me over the edge?"

She looked surprised.  "Why would you think that?"

"It seems an unusual place to stop."

"You've never thought what it might be like, three-quarters of the way up the hill, to stop and have a look?"  She took out her mobile phone and took several photos, of the airport, the surrounding mountains, and one of me.

A car came around the corner from the top of the mountain and headed towards us.  If it veered slightly off course, we'd both be sent to the bottom of the hill.  It was, and I looked, a long way down.

It drove sedately past, the driver giving no thought to the two fools standing on the edge of the precipice.

"Why are we here, now, Hailey?"  There had to be a significant reason for stopping, but it was lost on me.

"Why didn't you tell me how you felt about me?"

What brought this on.  She, as far as I was aware, was never interested in me, or how I felt about her or anyone else, before.  Only one other person knew what I felt, but that person would never betray my feelings.

"There was never a right time.  You have always been involved."

For as long as I could remember, she always had a boy or man on the go.  She was never lonely, telling me about her latest when we were alone, or being the center of attention in a group.  I seriously doubted whether I registered on her radar.

"You could have told me."

"So I have feelings for you.  It's hardly a revelation."

"It is to me.  I was once told that I couldn't see true love if it bit me on the face.  Janelle came up with that, and she seemed to think I might know what she meant."

Janelle, the keeper of the secret.

"You two had a hot and cold relationship.  I suspect it was her way of getting back at you."  And unsurprising as they both stole each other's boyfriends from time to time.

"She was right, you know.  The bitch always was."

Another fight, then, and I was desperately hoping I hadn't finished up in the middle of it.  Words were said in the heat of the moment, some that never could be taken back.

"About what?"  Never ask a question you don't want to know the answer to, but it was out before I could stop it.

"That I was in love with you all these years, and like a stupid fool, I was always looking for something better.  It's why none of my relationships had worked."

"Oddly enough I had never believed it until I said it out loud, but yes."

I sighed inwardly, in relief.

"So, you're not going to throw me over the cliff?"