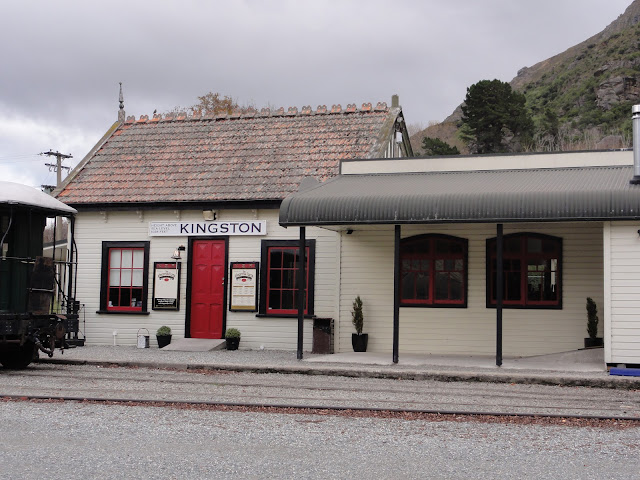 
"And you have sealed off the crime scene, and the CSI people are there?"

I didn't have to ask, but it was routine.  DS Johnson was very good at her job, and if it was up to me, she could very ably run it without me.

But that was not how things worked under the new Chief Super.

I gave her a look, one that was supposed to convey 'tell me' but she didn't.  Instead, she started walking towards the locomotive shed.

I followed.  I thought of asking out loud, but then considered the mysteriousness of her reply, and decided to wait and see.

There were two old steam locomotives in the mostly open shed, one of which looked like it was getting ready to leave, a thin trail of smoke coming from its stack.

In the old days, those days only it seemed I could remember, real trains used to depart daily for the big cities within a few hours travel.  The golden age of trains, with steam locomotives and plush carriages.

These days it was reduced to the odd tourist jaunt about 20 miles down the track and back.  Just enough to give the steam enthusiasts a thrill.

Once at the shed, she climbed up the stairs of the active locomotive and stepped to the back of the driver's cabin.  I climbed up behind her and stopped at the top rung.

A body was sprawled face down on the floor, the oven door open and a fire burning, giving out heat.  A CSI attendant had stepped to the other side to give us a clear view.

I looked at him.  Smithy; a reliable chap that didn't jump to conclusions.

"Hit from behind with a shovel, it's lying on the ground next to him.  A single blow, the cause of death.  Won't be sure of the time of death till we get him back to the morgue."

I looked at Johnson.

"I told you it was someone you knew."

My former Superintendent, now steam locomotive engineer and everything else to do with old steam trains.

His passion had killed him, just like his wife said it would.

But it was not going to be an open and shut case.  Everyone in the area hated him, and nearly every one of them wanted to kill him for one reason or another.  Everyone except for me.

"You know what this means, don't you," Johnson said.

I did.  The Chief Super was going to have a field day.

Not to mention the fact he was the last people to see Richards, and I'd been within earshot of that conversation, or, rather, argument, at which the Chief Super said, quite clearly, that if Richards didn't stop meddling in his affairs he would kill him.

If only I'd taken that transfer when the Chief Super had offered it.