The story behind the story - "Echoes from the Past"

The novel 'Echoes from the past' started out as a short story I wrote about 30 years ago, titled 'The birthday'.

My idea was to take a normal person out of their comfort zone and led on a short but very frightening journey to a place where a surprise birthday party had been arranged.

Thus the very large man with a scar and a red tie was created.

So was the friend with the limousine who worked as a pilot.

So were the two women, Wendy and Angelina, who were Flight Attendants that the pilot friend asked to join the conspiracy.

I was going to rework the short story, then about ten pages long, into something a little more.
And like all re-writes, especially those I have anything to do with, it turned into a novel.

There was motivation.  I had told some colleagues at the place where I worked at the time that I liked writing, and they wanted a sample.  I was going to give them the re-worked short story.  Instead, I gave them 'Echoes from the past'

Originally it was not set anywhere in particular.

But when considering a location, I had, at the time, recently been to New York in December, and visited Brooklyn and Queens, as well as a lot of New York itself.  We were there for New Years, and it was an experience I'll never forget.

One evening we were out late, and finished up in Brooklyn Heights, near the waterfront, and there was rain and snow, it was cold and wet, and there was an apartment building, and I thought, this is the place where my main character will live.

It had a very spooky atmosphere, the sort where ghosts would not be unexpected.  I felt more than one shiver go up and down my spine in the few minutes I was there.

I had taken notes, as I always do, of everywhere we went so I had a ready supply of locations I could use, changing the names in some cases.

Fifth Avenue near the Rockefeller center is amazing at first light, and late at night with the Seasonal decorations and lights.

The original main character was a shy and man of few friends, hence not expecting the surprise party.  I enhanced that shyness into purposely lonely because of an issue from his past that leaves him always looking over his shoulder and ready to move on at the slightest hint of trouble.  No friends, no relationships, just a very low profile.

Then I thought, what if he breaks the cardinal rule, and begins a relationship?

But it is also as much an exploration of a damaged soul, as it is the search for a normal life, without having any idea what normal was, and how the understanding of one person can sometimes make all the difference in what we may think or feel.

And, of course, I wanted a happy ending.

Except for the bad guys. 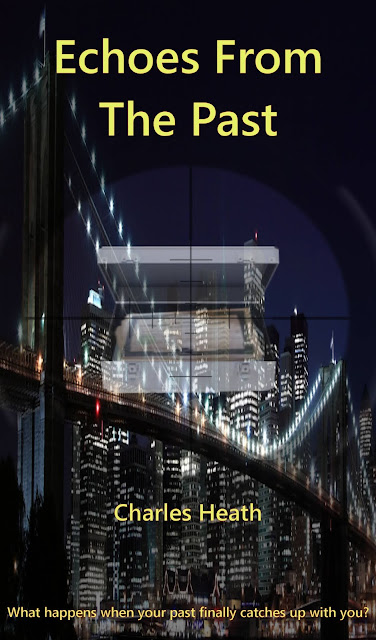