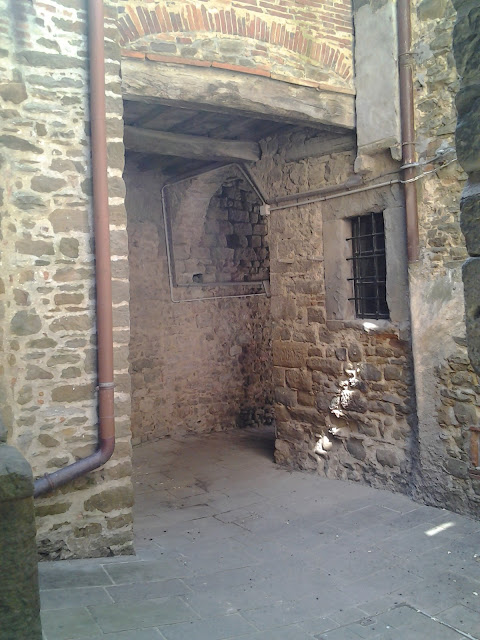 
Ever heard the expression 'so near and yet so far'?

It applied now.  All I had to do was walk through that passageway and I would be home, back, I had been told, where I belong.

The problem was, I didn't think I did.  Belong, that is.

It had never occurred to me that one day I might become romantically involved with a girl from an overseas country.

There had been the love of my life, Anastasia, who started out my friend in elementary school, my best friend in middle and high school, and inseparable companion in university.

After graduation, we had a plan, but that plan never came to fruition.  It was one of those on again, off again relationships that lastest another ten years, until Anastasia found someone else.

When she told me, in person, not a text, I was heartbroken but happy for her.  I decided then it was time to disappear for a while and went on that trip to Europe I had always promised myself.

I'd been learning Italian for a while and while I wasn't proficient at it, I thought I could get some real-life practice in Italy, learning about wine and food.

And that's where I met Gina.

I wasn't looking for another relationship, romance or anything.

It just slowly grew until one day, when she didn't turn up to the cafe for our casual lunch, I realised that I missed her.  That was the last time I saw her before I had to return home.  My mother was ill, and the doctors thought the signs were that she might not last until the end of the year.

As it turned out, they were right.  In those final months, I had forgotten all about Gina, and my time in Italy.

But as someone said at the funeral, as one door closes, another one opens.

A letter from Gina had found its way home via my lodging in Italy telling me that she had become very ill, and for months she had been recovering.  She also missed me and asked if I could visit her, as she was not well enough to travel.

Was it too soon after the funeral, that my immediate family still needed me, was it that my failed relationship with Anastasia had built up walls that were almost insurmountable, or was I looking for excuses?

My sister, Trudy, was adamant.  I had to go.  The family could muddle through without me.  She had weathered the storm of my disappointment with Anastasia, but she had also witnessed what she said was a transformation that Gina, she said, was responsible for.

I guess I had to find out what my feelings were.

And yet, standing there, not very far from the house where she lived, through an arch and a passageway, I found my feel glued to the ground.

There were so many emotions running through me in that exact moment that I didn't notice the person who had come up behind me and then put her hand in mine.

When I turned to see who it was, Gina smiled.

"It is not a dark alley," she said in that accented English of her that sometimes sent shivers down my spine.  "At least not during the day,  At night though, that's a different story."

She squeezed my hand and then slowly pulled me towards the opening.  "Come.  We have a lot of catching up."

And, suddenly, it was like I had never been away.