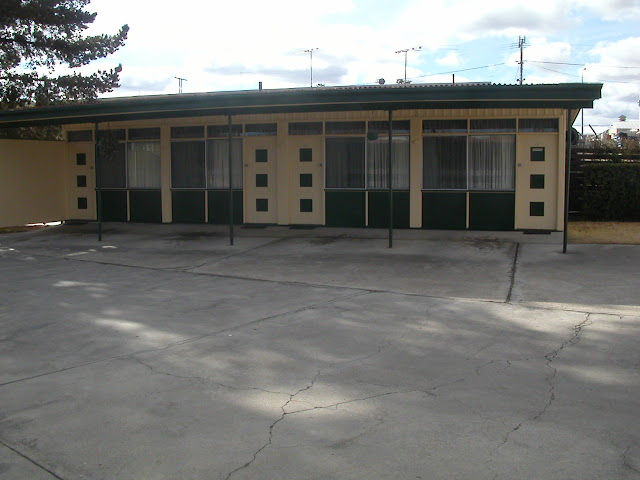 
"There's a huge difference between this and a five star Hilton, you know."

Jack Thompkins, criminal, was being very vocal about his witness protection arrangements.  He had told me, over and over, how he used to live.

I was getting tired of telling him that that was because he was living on the proceeds of crime.  And because of that crime, he came to the police before he was murdered by a contract assassin.

There were, he had been told at the time, pros and cons of being an informant.

I guess he didn't listen to the part where if he was caught skimming the proceeds of his boss, it would only end badly for him.

You'd think he'd be grateful, a place to stay at no cost, three meals a day, 24-hour protection, namely me and one other policewoman who had also drawn a short straw.

I wasn't looking forward to three months with this guy.

"The one next to the end.  I'm in the end, and Trudy's in the one next to you on the other side.  I suggest you don't try to send morse code messages to her, or you won't have to worry about the assassin killing you."

He had tried in the last place we were staying.  The walls were thinner there, these were solid brick.

"Eating in the dining room, or our rooms tonight?"

"You will be eating in your room.  Room service.  Trudy and I will check the place out before I decide where we eat or not eat.  Now go to your room."

It sounded like I was talking to a naughty child.  In some ways, it felt like it.


I never told Thompkins the real reason for the move, or why we had moved so downmarket in accommodation.

We had a leak, or at least it was assumed we had a leak, and our whereabouts had been disclosed to the man who was desperately looking for him before he went on trial.

That safe house had been hit barely hours after we'd packed up and left.

Now, no one could guarantee our safety.  There were only three people who were supposed to know where we were, my boss, Trudy and I.