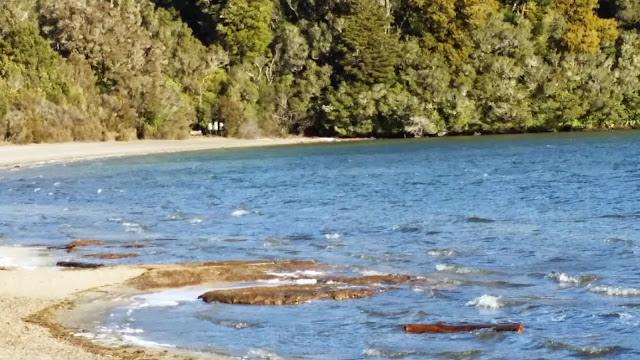 
I guess I had a lot to think about.

It was a large lake, and it was a long walk.  Two and a half hours at best, four hours at worst, and even at it's longest, I still don't think it would be enough time to process what Hannah had just told me.

I stood there, on the sand, watching her walk away in tears.  The truth had been like a ton of bricks falling on me.  What was worse, I seemed to be the only one who didn't know.

And if Hayley, her younger sister, hadn't blurted it out after coming home from my brothers funeral wake, I'd still not know.

I was not the true father of my son, my elder brother was.  Hannah and he had sex the night before our wedding, and not only that, kept up an affair that had continued until the day he died.  In bed with my wife.

And I never suspected anything.

Till now, when all the oddities, my brother's behavior towards her, the attentiveness to my son, everything.

I walked off in the other direction, back toward the camp.

Hayley knew she couldn't take it back and bolted out the front door.

For a full minute, everyone looked at the floor.  That minute proved everything she said was true.  When they looked up I could see every single one of them knew the truth.  Even my own parents.

I put my hand up and headed towards the front door.  "Don't," and left before I said something I'd regret.

That explanation came just now, and it was simply a tale of selfish desire by both of them.  It always took two to tango, and interesting idiom, and one that adequately described the situation.  She had the opportunity to tell me the whole truth, and if she had, I might have been more understanding.  That she chose not to was disappointing.

You see, in the week since his death, I learned a great deal about my brother, my family, my wife, and her family.  I was always of the understanding that my parents were wealthy.  After all, they had inherited a fortune from my father's side of the family.

It was the reason I left home at an early age and wanted to make my own way in the world, unlike my brother who saw it as the easy life, and being the eldest son, my parents indulged his every whim.  I don't think he worked a day in his life.

In the end, it cost them everything.  Or so of Fenwick, my father's trusty lawyer told me, the day after the 'revelation'.  He'd spent his inheritance, my inheritance, and most of my parent's wealth and his death left them with debts that would force them out of their home.  My home, he said.

The soothing tones and the persuasive manner may have worked on his other clients, but I was not his client, nor could I understand why he didn't prevent them from indulging their son, but, I said, it was not my problem.

The truth was, I could afford to bail them out, but I wasn't going to.  Not right then,

It was a long walk back, and I hoped by the end of it, I would not feel so angry as I did right then.