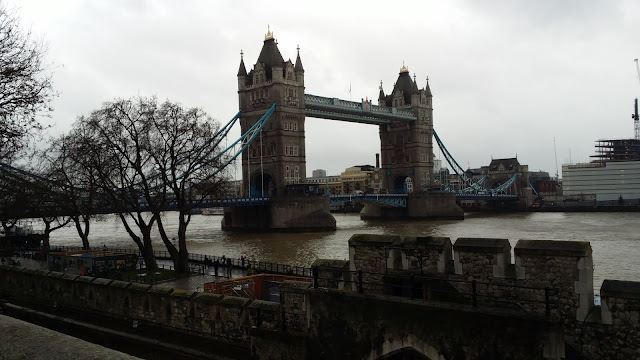 
Intermingled with this desire, I'm not sure where it came from, to live in a castle, the fascination of what was inside the twin towers of Tower Bridge was a curiosity of what it would be like inside, then, and now.

Of course, it was never going to happen, I mean living in a castle, that would require finding and marrying a princess, wouldn't it?

"You and me both," Giles said, as we approached the bridge on the tour boat heading towards Greenwich.

We'd been talking about castles, I'm not sure why, and then princesses, because he had called his current girlfriend a 'princess' but I didn't think it was in a kind way.

"You should be thankful Jenny puts up with your idiosyncrasies."

It's mostly her brother.  He seems to think she should marry a doctor, or a lawyer, not a cabinetmaker.  I have to admit it doesn't sound as authoritative as a doctor would."

"Trying academic," I said.  "Everybody equates that to some useless fool who sits in a dark corner thinking up ridiculous stuff no one but governments gives a shit about."

Giles looked surprised.  "Is that what you do?  Really?"

"No, but it sounds more interesting than what I really do."

A voice came from behinds us, Jenny had returned from the restroom.  Anna, my half of the double date Jenny had organized, was with her and looking pale.  I don't think ships agreed with her.  "How would you guys like to visit a castle?"

"You own one," I asked.  She had an Aston Martin so I wouldn't be surprised.

"No, but I know someone who does."

I looked at Giles, what was he not telling me?

"Who are you really?" I asked.

"That's for me to know, and for you to find out.  Now, how long will be till we get to Greenwich, I forgot Anna doesn't like boats.