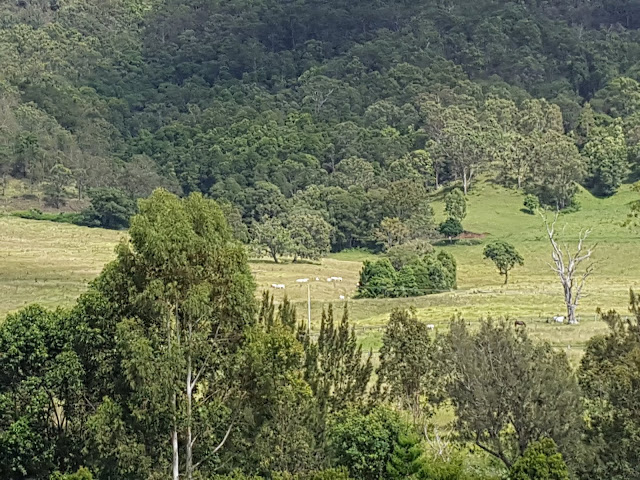 I can't remember who it was that said 'opportunities only come around once'.

If I could, I'd probably give them a piece of my mind.

Many years back when I first met the woman who became my wife, she said, in that offhand throwaway manner of hers, that her family were landowners, and that a large part of her childhood was spent on that property.

She also said that one day it would be hers.

Yes, you heard me correctly, one day it would be 'hers'.

I thought no more about it.  It was a conversation that came and went long before the children arrived.  I was born and raised in the city and didn't especially like our forays into the country.

Thus it was that the children would go with their mother to the farm every holiday.  I went on some occasions, but I used work as an excuse to get out of going.

It was that or listening to her family go on about how she'd married the wrong man.

Perhaps she had, I said just before their most recent visit when she left for the Christmas break, and an icy silence lasted for six months after.

Until we got the news that her parents and two brothers had been killed in a freak road accident, and she was the sole surviving family member.

Their passing was notable for several events.

The first, when she left for the funeral, and to take over the farm, she didn't ask me to go with her, instead asking for a divorce.  I was not surprised, a friend in the town told me she had gone back to her old boyfriend, another farmer in the district.  It had been going on for a long time.

The second occurred several months later after the divorce was settled amicably, I might add, when she asked to see me, and she was bringing the two children who she had prevented coming to see me.

The same friend who told me about her infidelity also told me about the mess she was in, in a small way revelling in the fact 'miss high and mighty' had been taken down a peg or two.  I had no idea anyone disliked her, though she was a little snobbish at times.

The reality was her parents and brothers had let the farm fall into disrepair, borrowed heavily against an inflated property value, and that she had inherited a financial disaster.  Worse than that, her old boyfriend had thought he was going to bail his own family out of their mess by marrying her.

That was the end of the boyfriend, he simply walked away when he realised there was nothing in it for him, and no possible way of servicing the debt, or even selling everything because it would never cover the loans, and two children who suddenly hated everything about living permanently in the country.

I hadn't expected to see her again.

One of the men whom I worked with, and who had been a great support during those months after she left me, was then when she called.

"Why would you want to see her again after what she did to you?"

He was astonished she had approached me.

"She is the mother of my children."

"Who she tried to take away from you."

"Then we'll see her together."