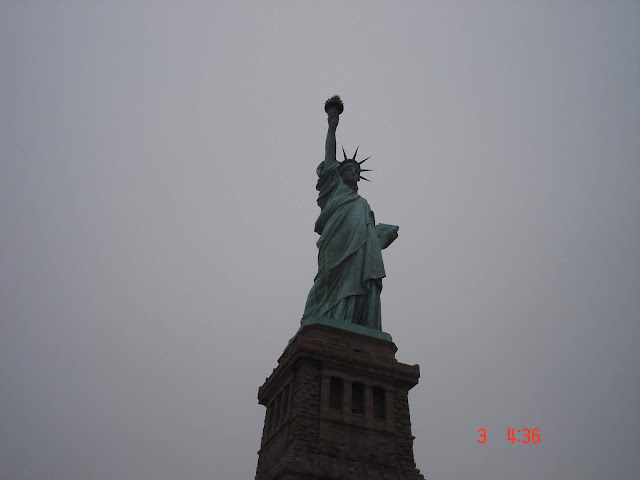 No, what I hated the most were boats, and a profound uneasiness when on water.

But it was what it was.

Four of us decided as all fools do, and after seeing the movie 'On the town' in 1950, that we should meet up every 5 years at the Statue of Liberty.

Well, three decided and the dissenter, me, was over-ruled.

I said then, as well they all knew, once I left the Navy I was never going to step foot on the water again.  Except for walking on a pier.

I'd seen enough of ships, boats, water, and death.

That was thirty years ago, and I'd not heard anything from the others, not for several years, and since we lived all over the country, I had neither the strength or the finance to go visit them.  Not any more.

Old age had finally caught up with me.

Except I'd told the story one evening to my eldest granddaughter, and she'd never forgotten it.  And now, on the eve of the 30th anniversary, she had arrived on my doorstep, ready to accompany me.

She thought it to be a remarkable tradition and wanted to meet my fellow shipmates.

And, she said, I'd promised.

I couldn't remember if I did or didn't, to tell the truth, so off we went.

I didn't tell her I had another reason for going.  It was where I met my wife, Dorothy.  Perhaps one day I would tell her that story too.